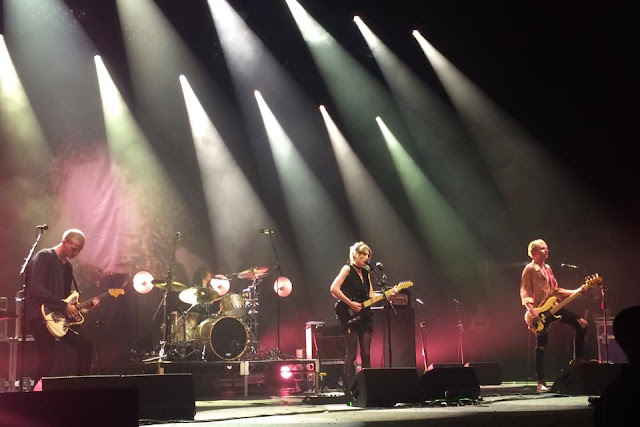 I had seen Wolf Alice two times before this show. In HMV when they were signing their album and on Reading Festival. Both shows weren’t longer than 30 minutes so you can imagine how much I was excited about this show. I couldn’t wait to hear songs I had never heard before. Like Silk or Soapy Water.

Luckily the concert was on Saturday so I had a day off and I could have come earlier. I really wanted to be in the front row and so I was! It was definitely worth it to come 3 hours earlier and freezing on the ground. 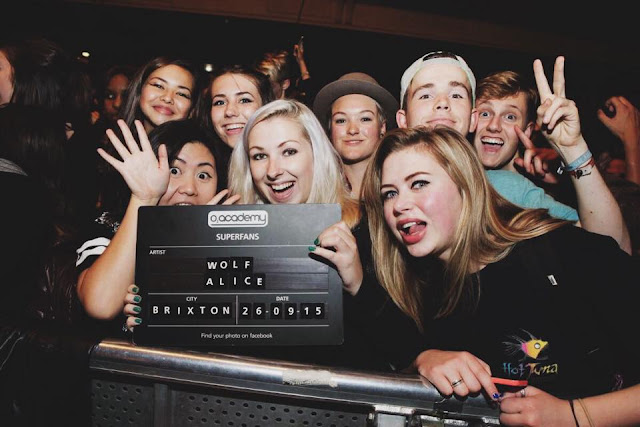 The first support band was Made Violent. Garage punk/rock band from America. They definitely know how to rock and roll. 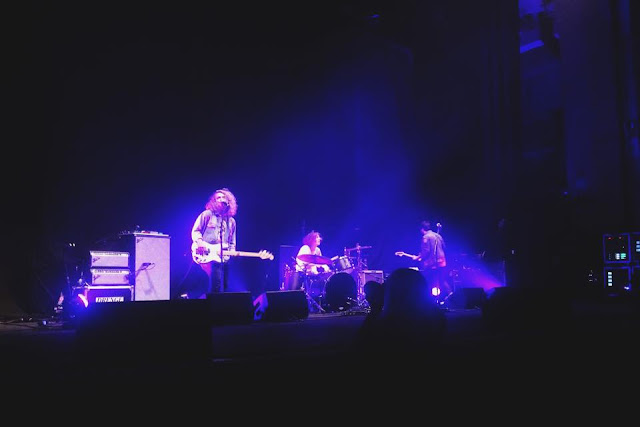 Second support band was Drenge and well, that was something! I didn’t know them before but a lot of people did and now I know why. Crowd got crazy once they had stepped on the stage. Maybe it’s bullshit but I have to say, that their music reminds me a little bit Joy Division. Singer has similar deep voice as Ian Curtis. They definitely rocked that night and they prepared the audience for the stars of the night – WOLF ALICE! 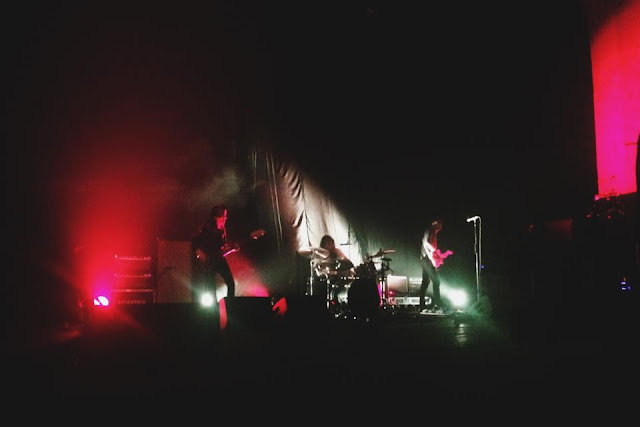 Wolf Alice members came on the stage matching with the cover of their album. Gold glitters on their faces and Theo even chose to wear a gold shirt.
They started with a slow song My Love is Cool followed with a bit faster Your Love’s Whore. Crowd was just mad. Seriously, Wolf Alice have one of the best crowds ever. There’s not a person who wouldn’t sing with them and dance and jump. It’s always a great atmosphere on their show. 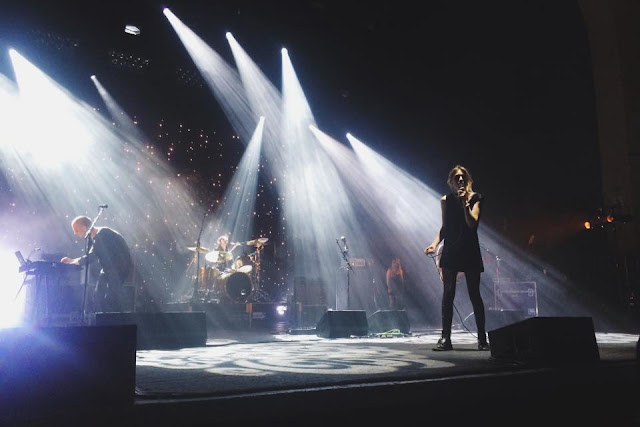 Wolf Alice definitely showed that they owned the stage that night and you could have seen how happy they were. I mean, who wouldn’t? Last year they played in Heaven with capacity of 1000 people. And after one year? Sold out O2 Academy Brixton with capacity of 5000 people screaming their name. 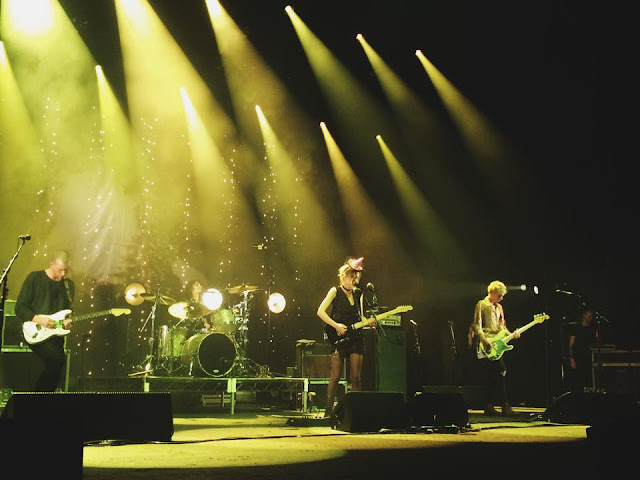 For the first time I also heard the drummer Joel Amey sing a song called Swallowtail, which you can find on their album. And it was brilliant. Joel has a lovely voice and the song is just magical. 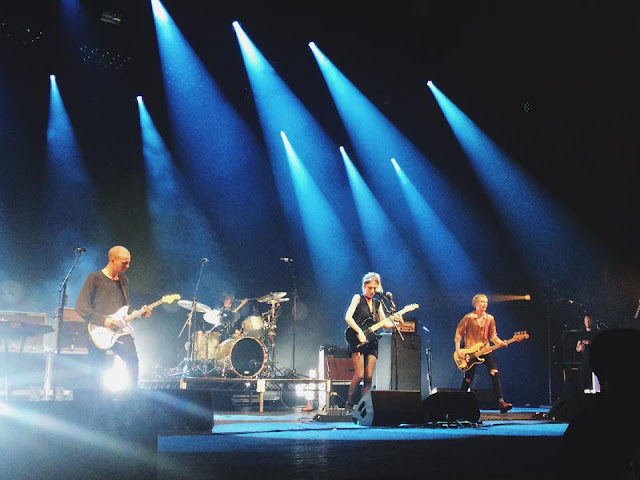 I was looking forward the most to hear the song Silk. I’m just obsessed with the song and it’s one of my favourites so I really hoped they’re going to play it. And they did. Another magical moment.

Anyway Ellie’s voice is getting better and better every year. It’s unbelievable what she can do with it. She screams into mic like crazy and it still sounds so freaking good!

They finished the show with a song Giant Peach and because a confetti machine was standing just in front of me, I knew what to expect in the end. Seriously I was so nervous, I really thought it’s gonna blow right into my face (it didn’t of course). The confetti wasn’t any other color but gold and silver of course. I just love how they do everything into one theme. 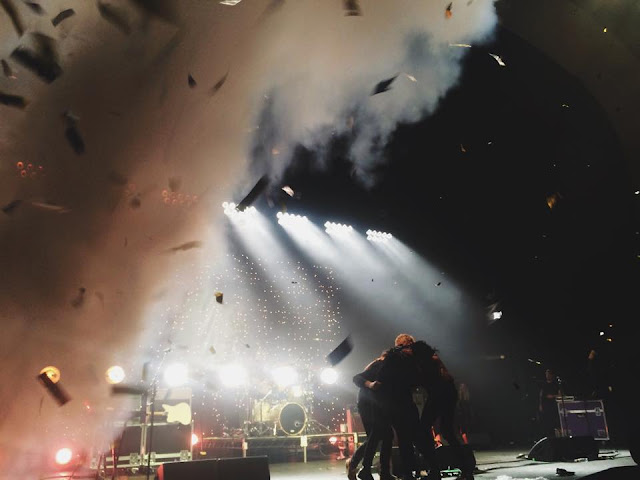 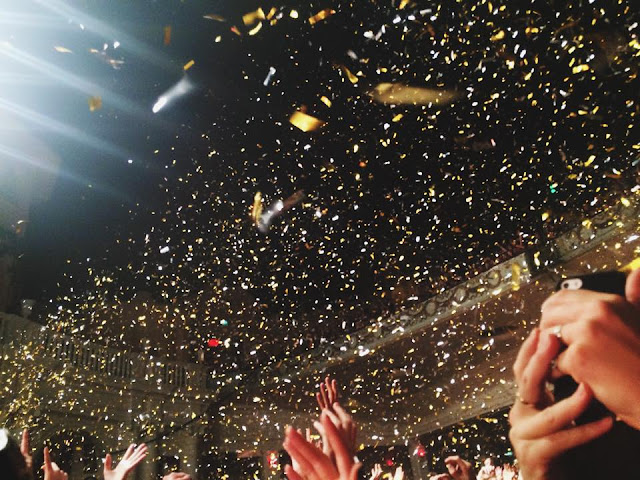 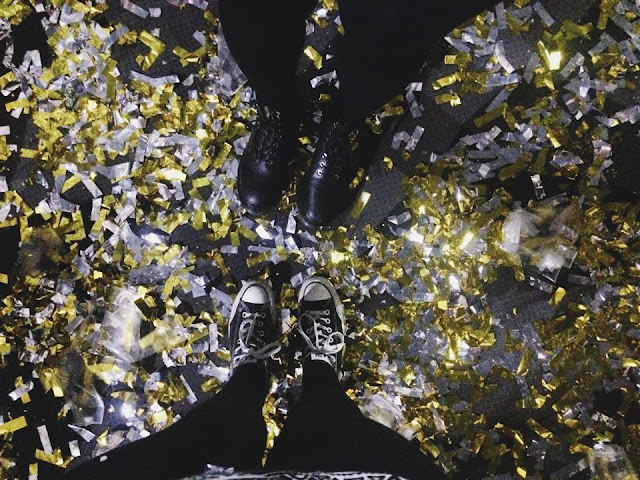 How weird is that I already can’t wait to see them again?