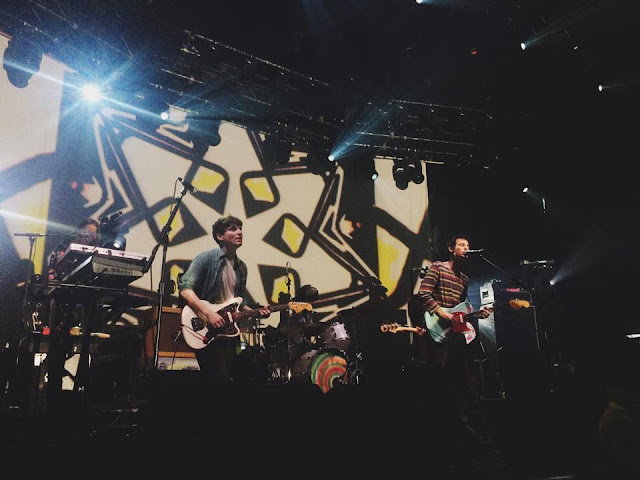 A few months ago I was complaining that I hadn’t seen Swim Deep yet, although I love them so much. Now, just a few months later, I can say that I’ve seen them three times. First time was in Bristol on Dot To Dot Festival, second time was on Reading Festival and third time was in London a few days ago. Finally I got a chance to see them as a headliners.

They are on the tour right now with their new album Mothers. If I can be honest I prefer their debut album, but it doesn’t mean I don’t like this new one. I do. Quite lot.
Their show in London was in Roundhouse in Chalk Farm. That’s a really big venue, so I don’t think there was a chance they would get sold out.
For the half of the evening it was more than half empty, but just before Swim Deep it got fuller, which I was really grateful for. I felt sad for them seeing so empty venue.

First support band called Catholic Action from Glasgow. Quite strange name for a band, but they sounded promising. Although there was some sparkle missing. When band enjoy their performance on a 100%, they put the mood into the audience. And that’s a really important thing, which Catholic Action don’t know how to do yet. The guitarist looked so bored, that soon enough even I started to feel pretty bored. 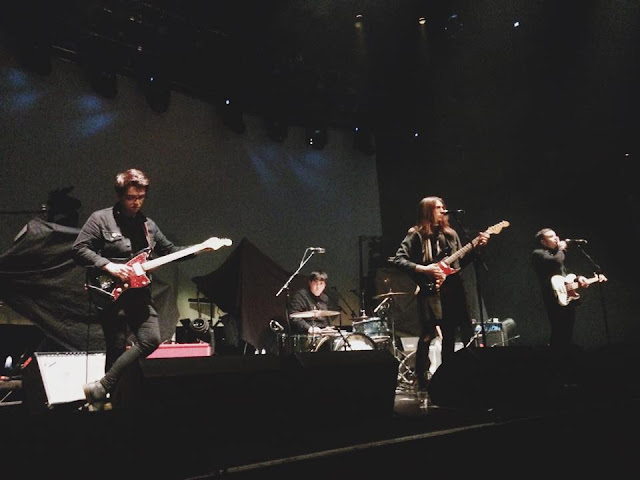 The second support band was totally opposite – The Magic Gang from New Forest. First I thought that Swim Deep just came on a stage. But no. They just have really similar style of clothing.
Anyway their energy was just awesome. They changed the mood of the audience in a second and suddenly everyone was dancing and enjoying music. You just could have seen how they love what their doing and how it makes them happy. Also it was kinda obvious that a lot of girls are having a crush on their drummer. 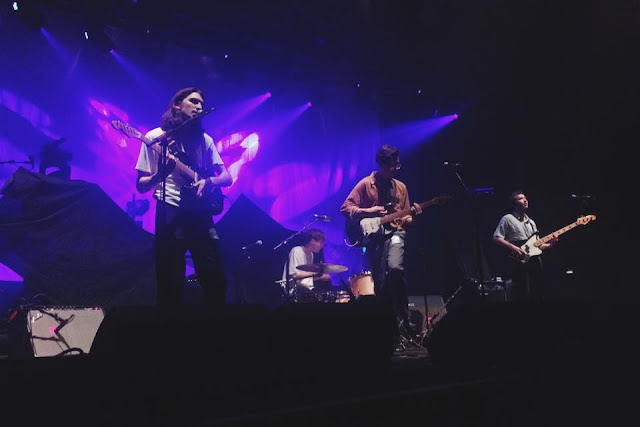 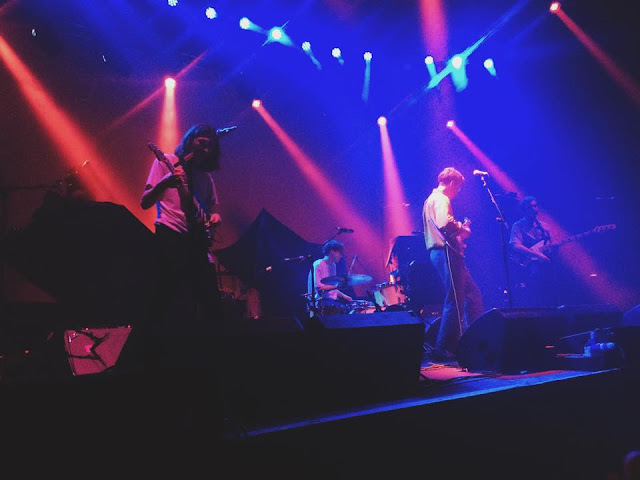 Swim Deep came on stage while the theme song of Jurassic Park played and that was kind of a magical moment. I had a feeling, like they were my heroes or something. Then they opened the show with a song from the new album – Namaste, which is one of my favourites from the new album. And I think it has a great vibes. So perfect song for opening. 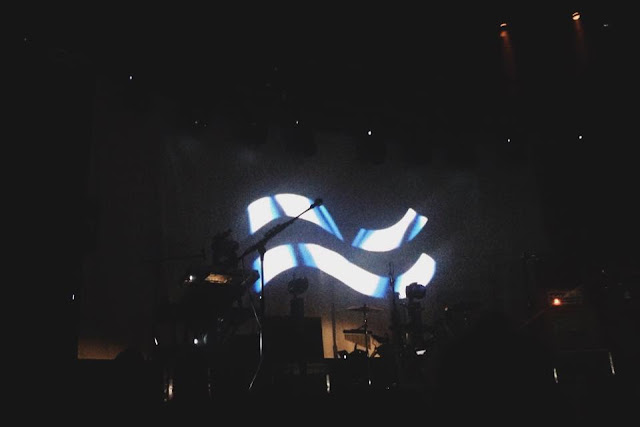 During every song I was just amazed how many sounds those 5 skinny guys can make. They played a lot of songs from the new album, which is more electronic. People definitely enjoyed all of the new songs, but when they played songs like Honey or King City from the first album it just got absolutely mad. 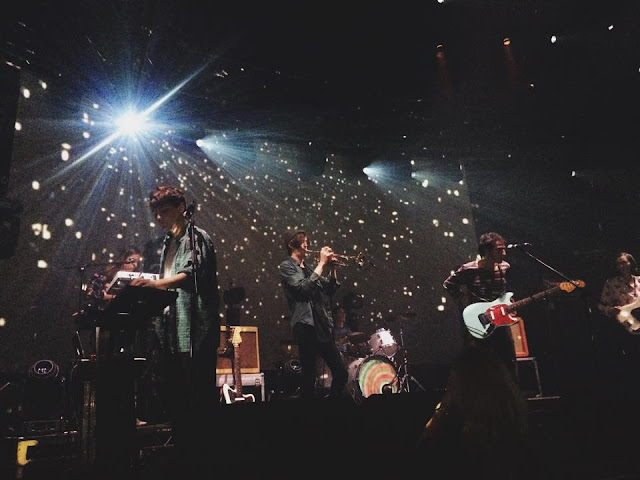 During the songs Fueiho Boogie a dancer came on a stage. Really special lady dancer. She was spinning during the whole song in such a strange, but interesting dress. That’s something you just would have to seen to understand. 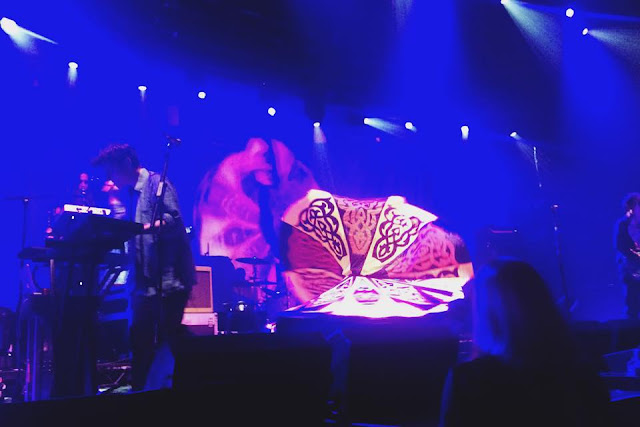 For the closing songs the picked – She Changes The Weather and To My Brother. I love the performance of She Changes The Weather so much! Well, not just the performance, but the whole song. It’s the kind of a love song that does not make you feel sad but calm. Do you know this kind of feeling, when you live in a busy city and then you go for a weekend somewhere near the sea, where it’s quiet? That’s how this song makes me feel. 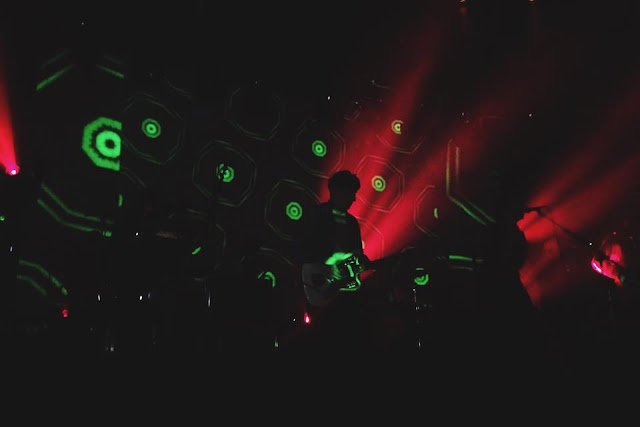 During the song To My Brother, support bands came on stage as well and they all danced and sang together. One guy from the audience tried to get there as well, but they caught him before he managed to get there. (hate this kind of people). So yeah, it was pretty good and happy ending. 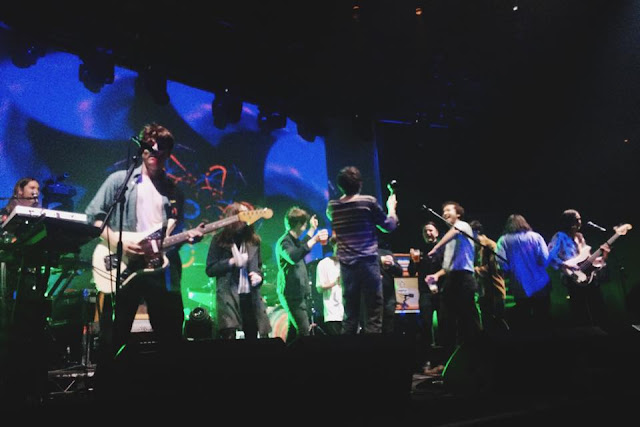 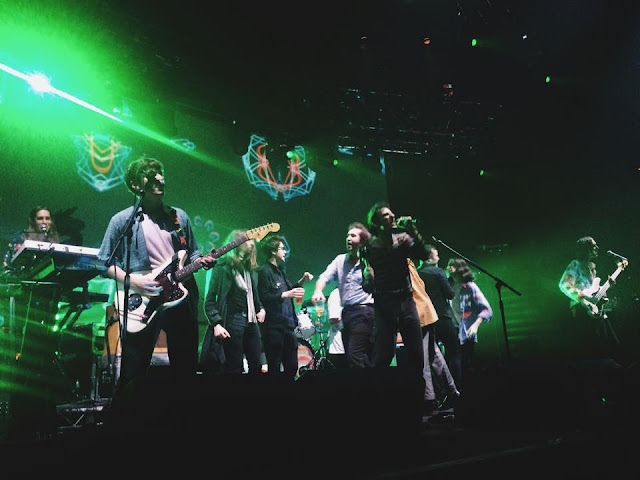 Even Wolf Alice came to support Swim Deep that night and I met them outside of the Roundhouse. It’s so nice when the bands support each other.

As I am poor, I couldn’t buy anything in merch, but you know what?? My souvenir from this show is my first setlist ever!! Well, half of the setlist as I agreed with a girl I met there, that we split it, if one of us gets it. But still, I finally got a setlist! Now I want setlist from every show I will ever go to!