It’s been a while since we went to Dot To Dot festival in Nottingham but I wanted to do a post only about Nottingham. What to see, what to do and show you pictures I had taken there. So here we go:

To be honest, Nottingham isn’t a city you need to have on your “NEED TO GO” list. There’s not many special things to see or to do.
When you go there, you finally understand what’s about whole Jake Bugg’s first album.

No okay, let’s not be too harsh.
A plus in Nottigham is that there’s a lot of young and cool people. Not weirdos like in Norwich for example. I’m not sure if it was because of Dot To Dot, but I don’t really think so. We definitely saw more cool people than we had seen last year in Bristol. 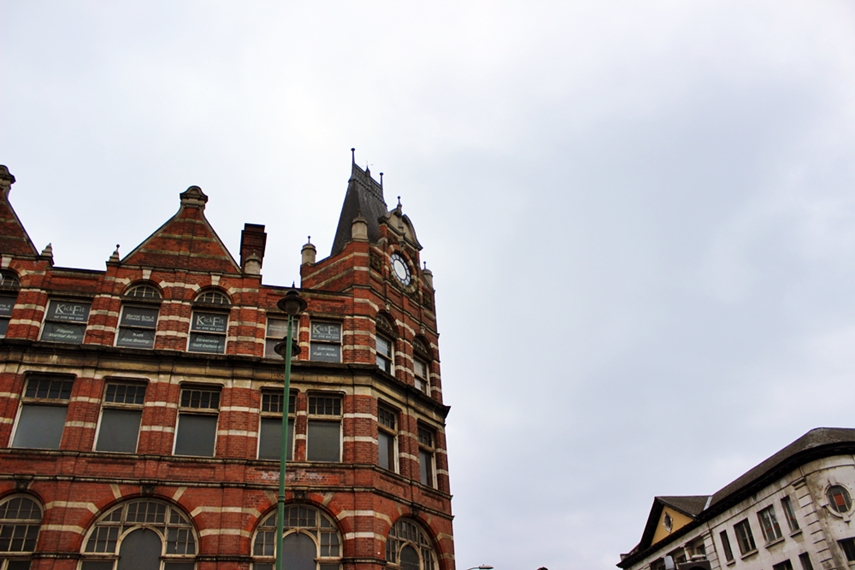 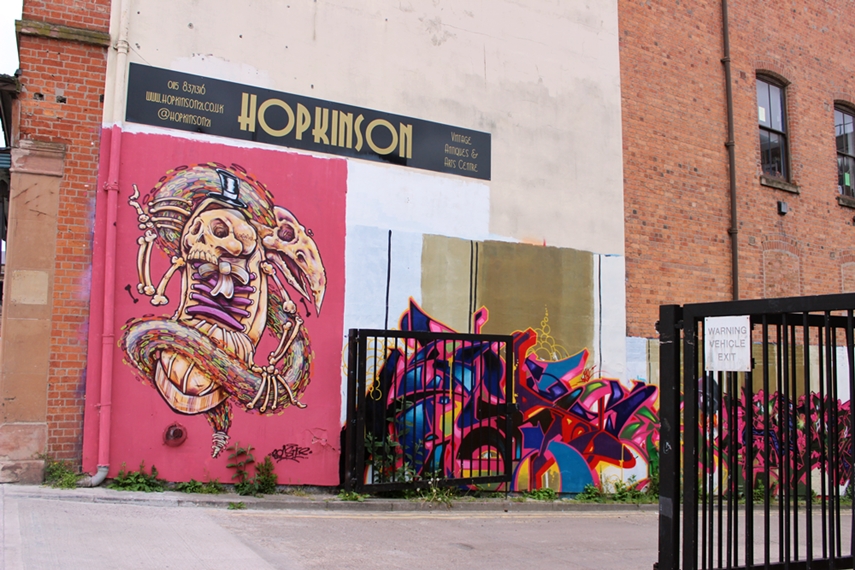 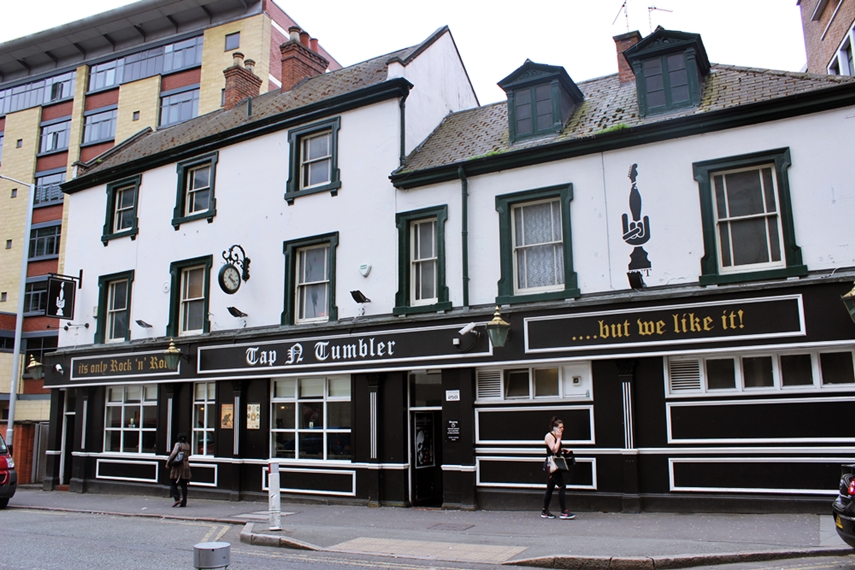 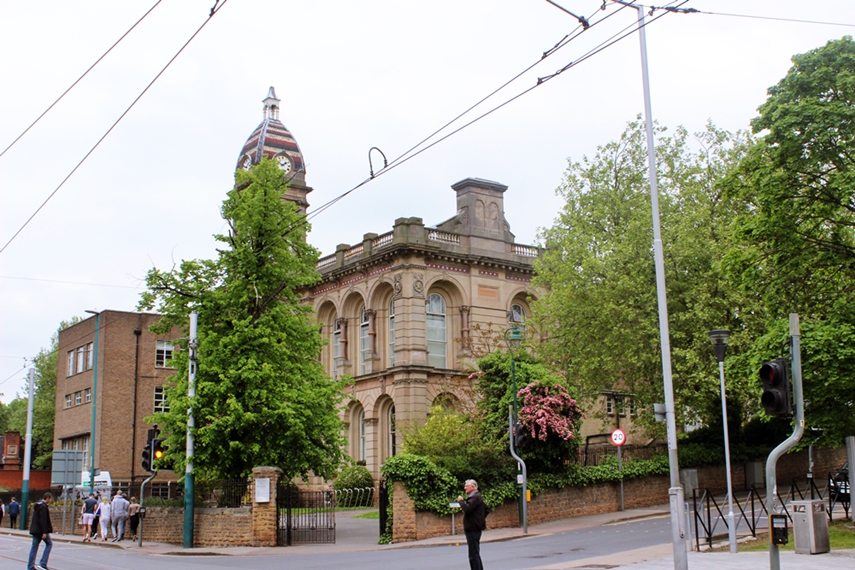 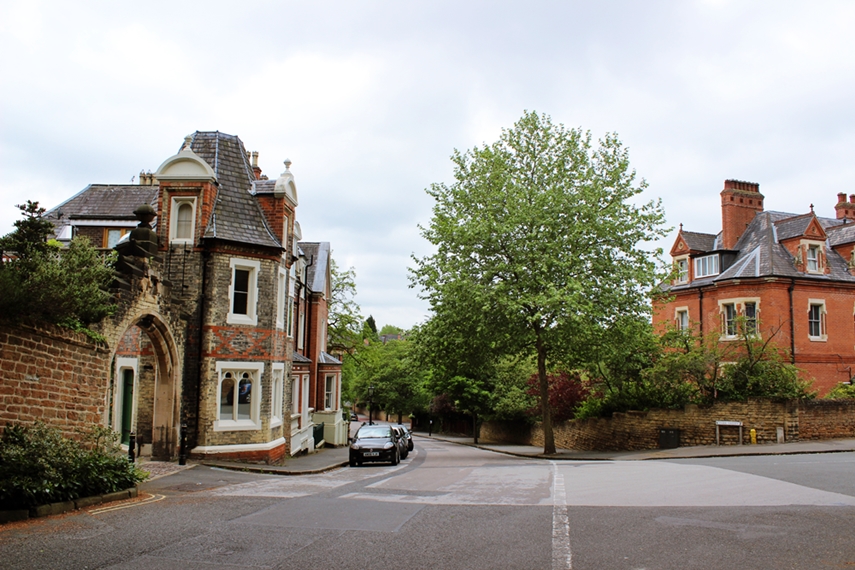 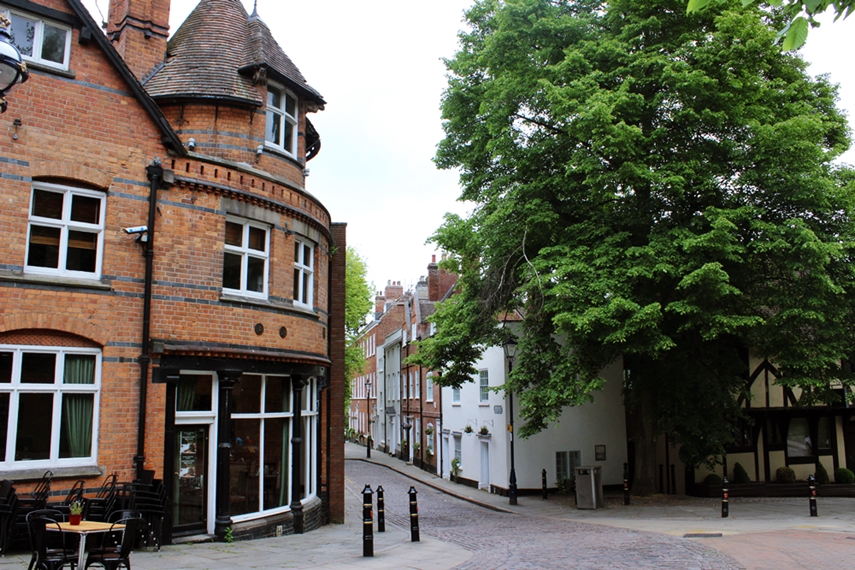 The centre of Nottigham isn’t too big.
There’s Old Market Square which I was really excited to see as I just love this kind of style of architecture. But lucky me. They were renovating it, so we weren’t able to go there and make a nice pictures. This is the only picture I’ve got that isn’t absolute shit. 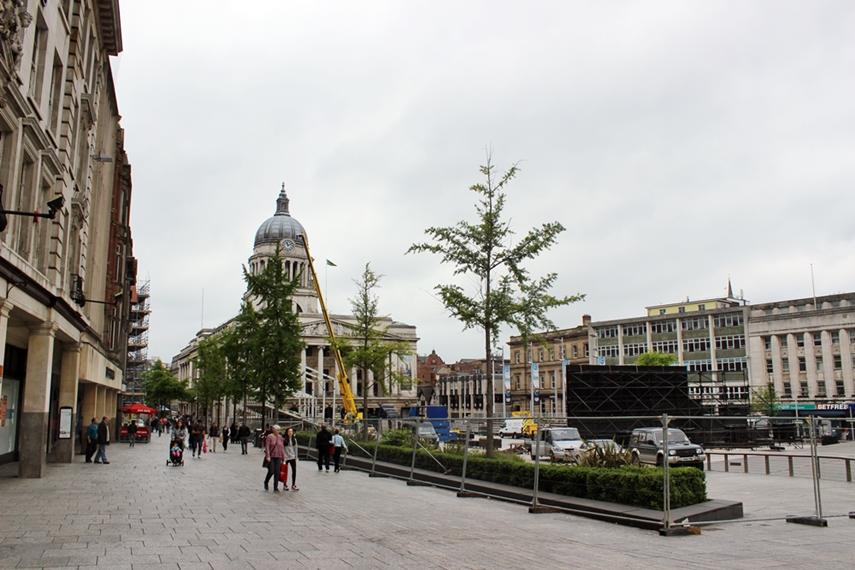 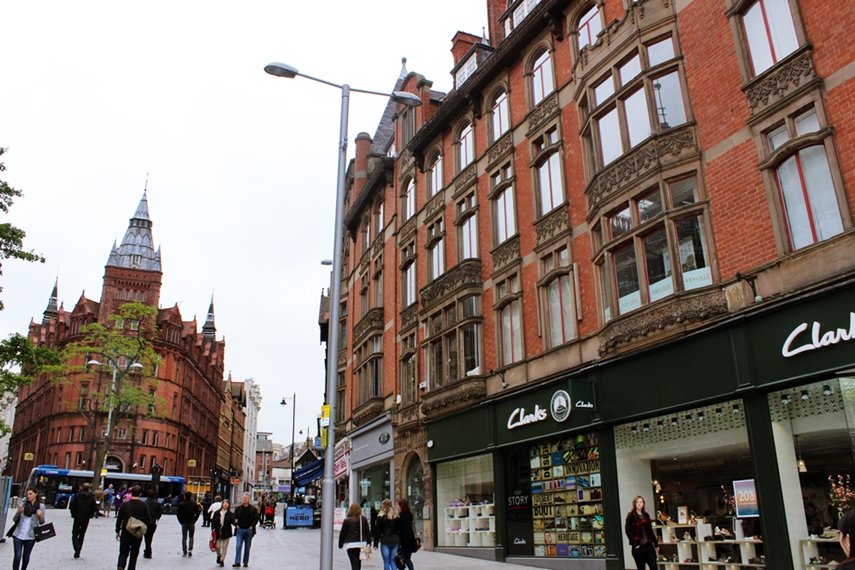 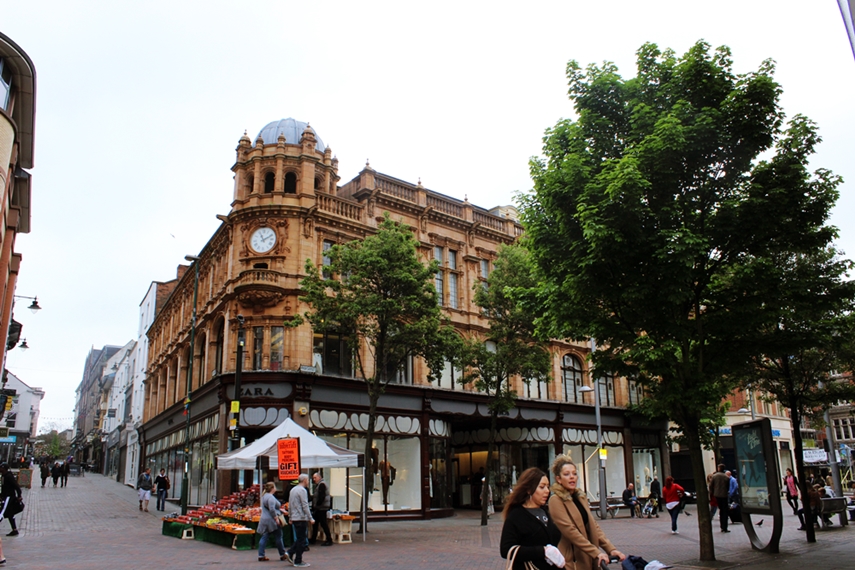 Another plus for Nottingham are shops and cafes. Seriously so many cute cafes that we didn’t know which one to choose.
At the final we went to the cafe called Wired Cafe Bar and we weren’t dissapointed! The place was so cool and friendly. 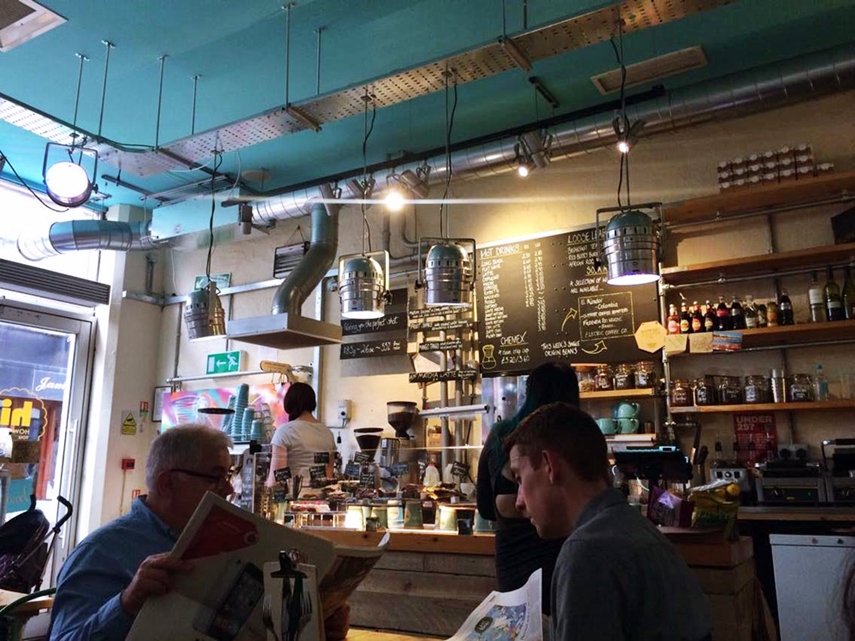 On of the girl staff was wearing Catfish and The Bottlemen tshirt so we knew we were on the right place.
They had a lot of cakes and cookies and gluten free options as well! Also they had a breakfast menu and it looked so yummy!
But we ended up with a coffee and this delicious gluten free brownie. 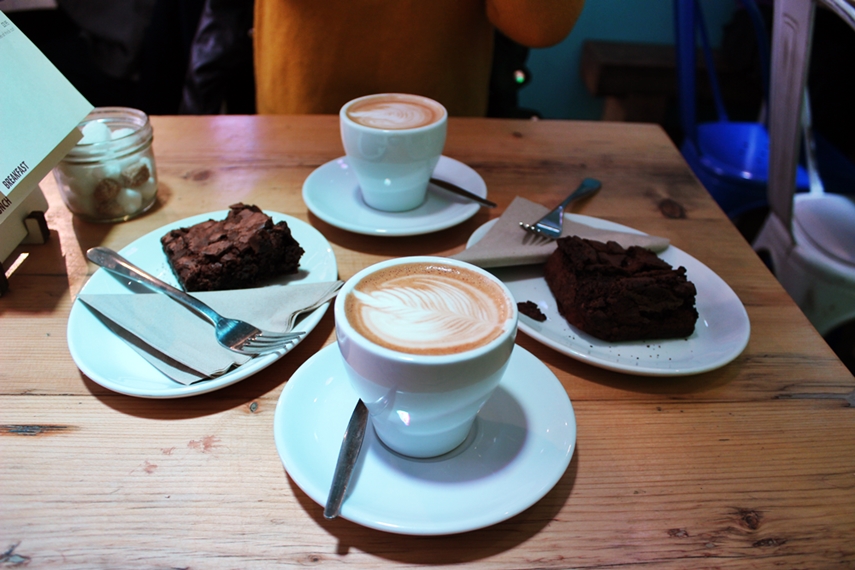 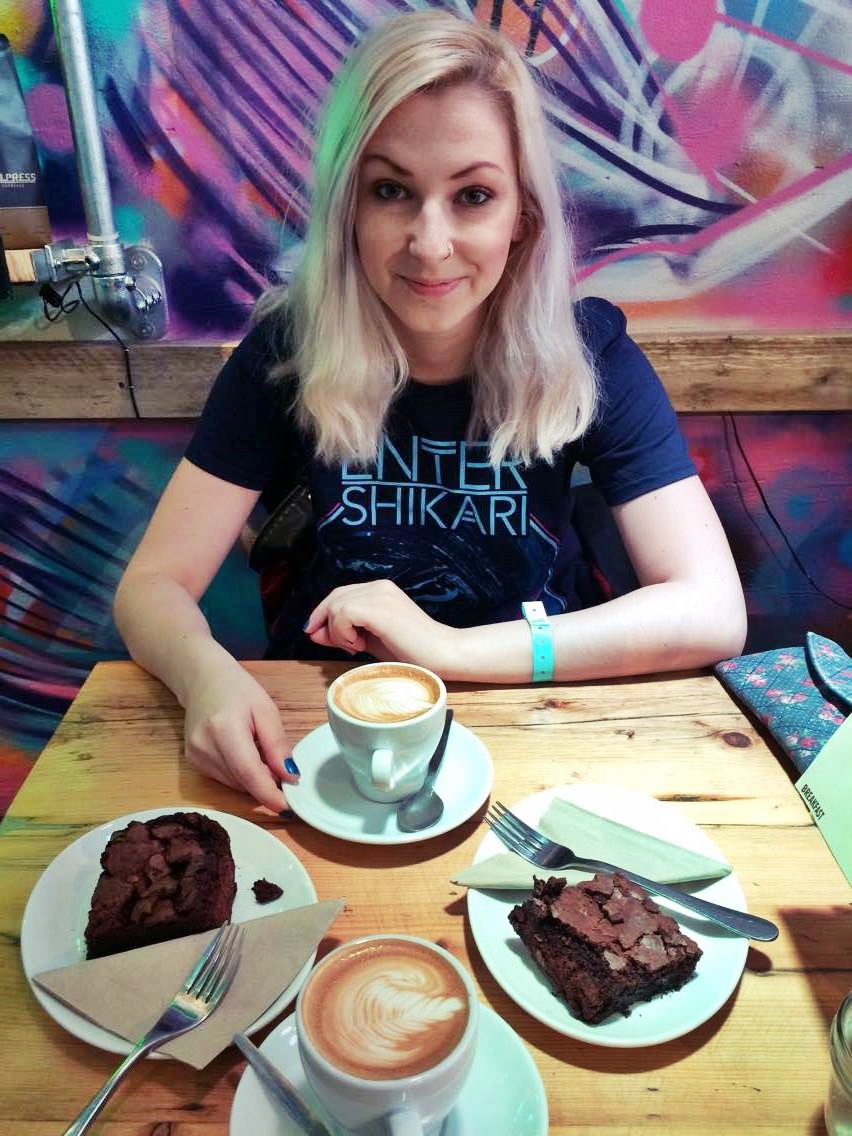 I had quite a hangover as this was the day after festival so I didn’t hesitate and after my coffee I got this smoothie as well! And it was probably the best thing that could have happened to me that day. So yummy, cold and fresh! I felt a lot better after that. 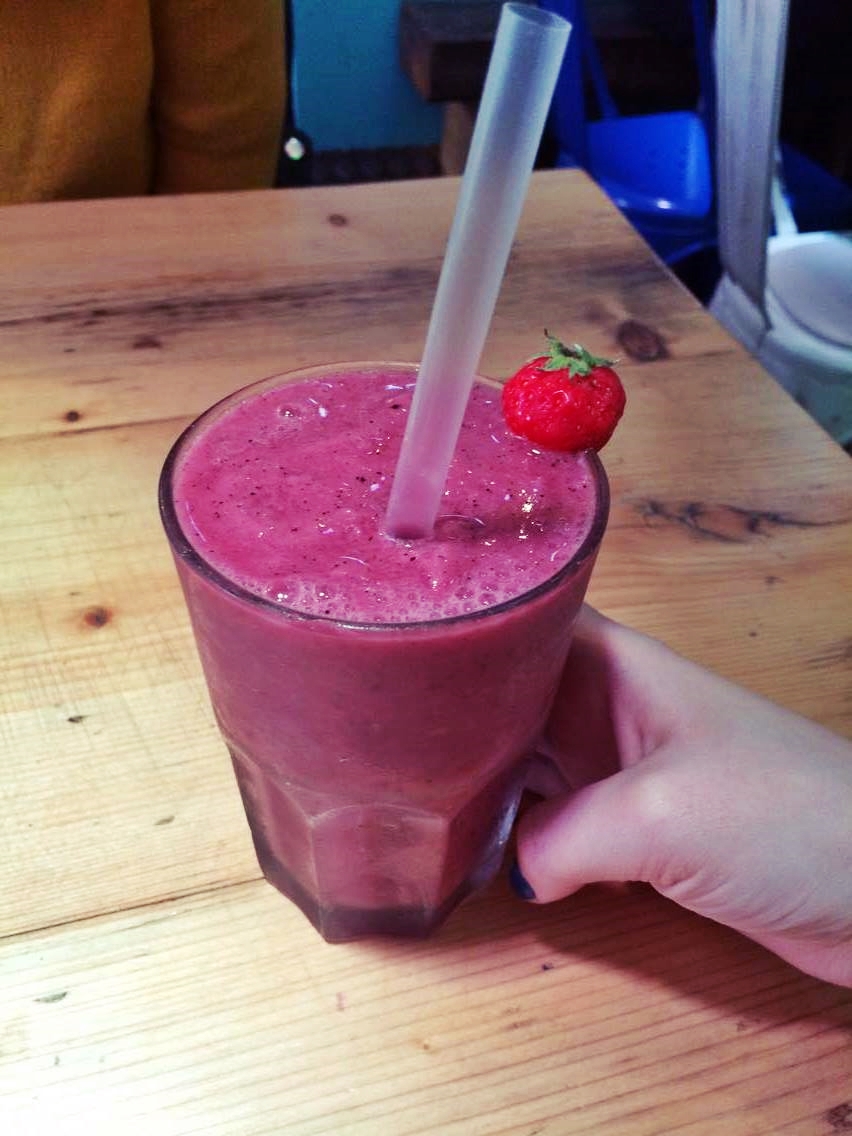 When we were walking around the city after our coffee, we found this cute cafe full of cats! Omg, there’s nothing I love more than cats, seriously. But we already had a coffee and didn’t feel like we want another one so we just watched those cute cats over the window. But if there’s gonna be another time for me in Nottingham I’m definitely going there! 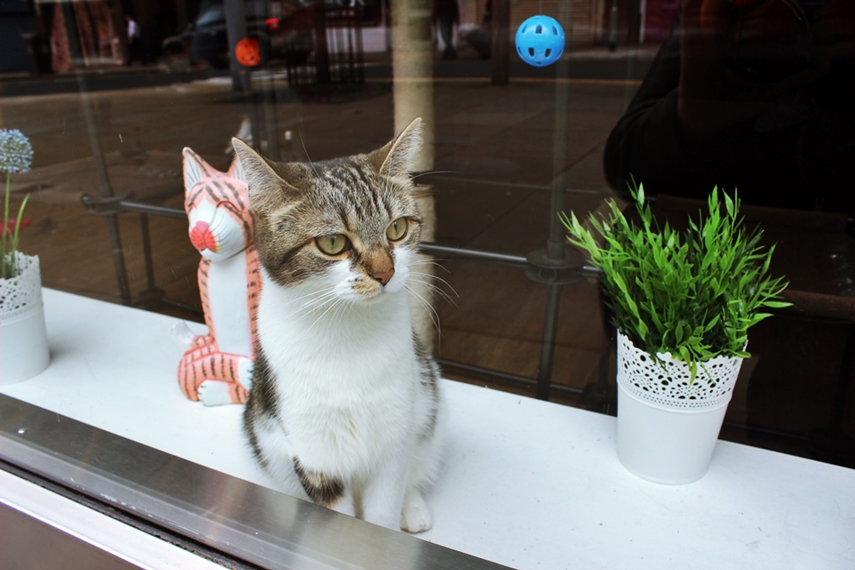 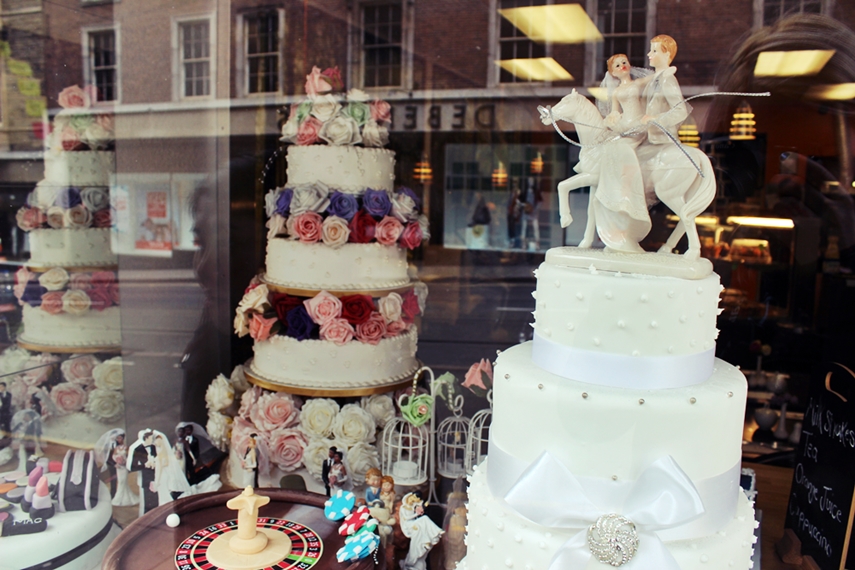 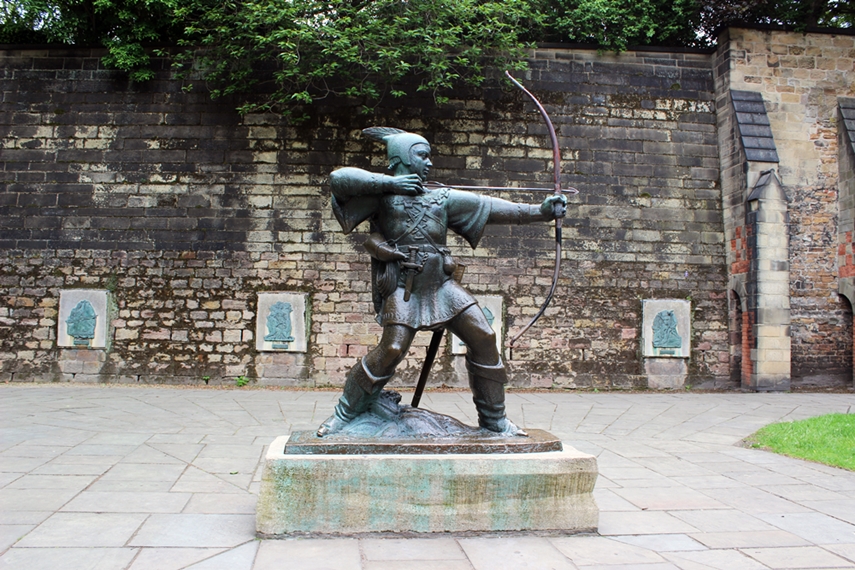 Right next to the statue there’s Nottingham Castle which looks exactly like Norwich Castle. We couldn’t even get around it as there was some event which we didn’t want to pay for so I only have a picture from under the hill. 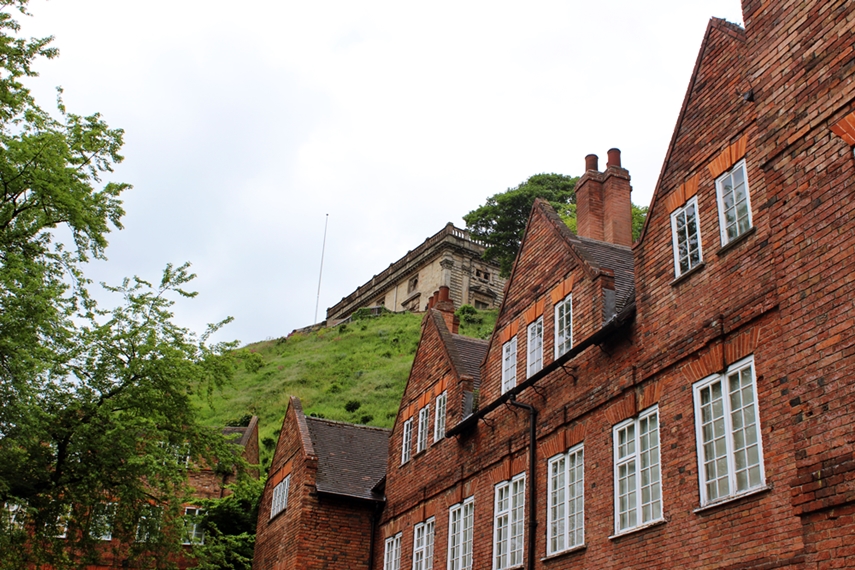 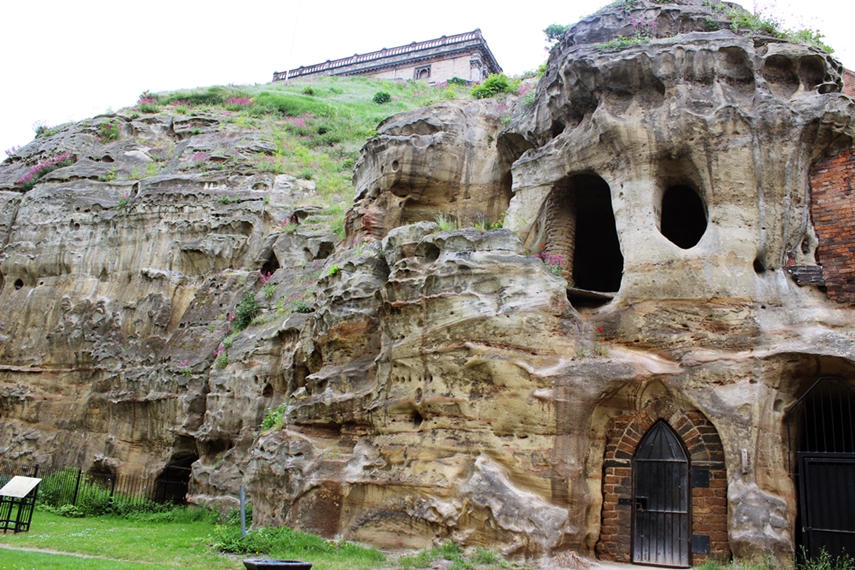 Probably the last thing that worth to go is Nottingham Canal. It’s nice and peaceful there and there’s a few cool pubs/restaurants you can visit.
We literally spent hours there just chillin’ and talking while waiting for our bus back to London. 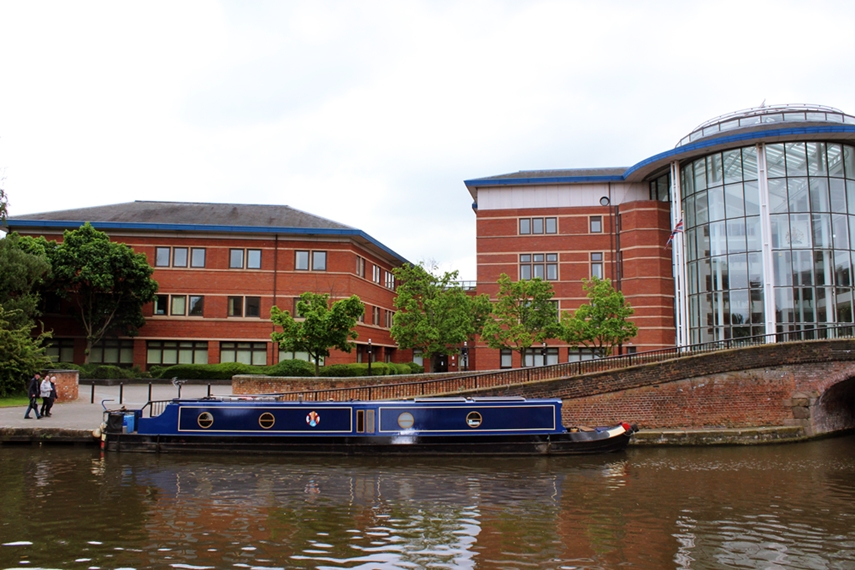 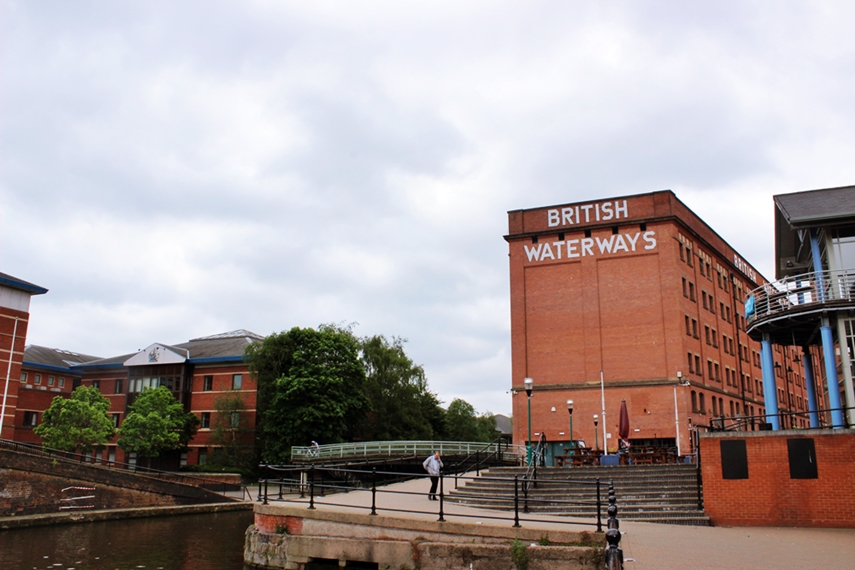 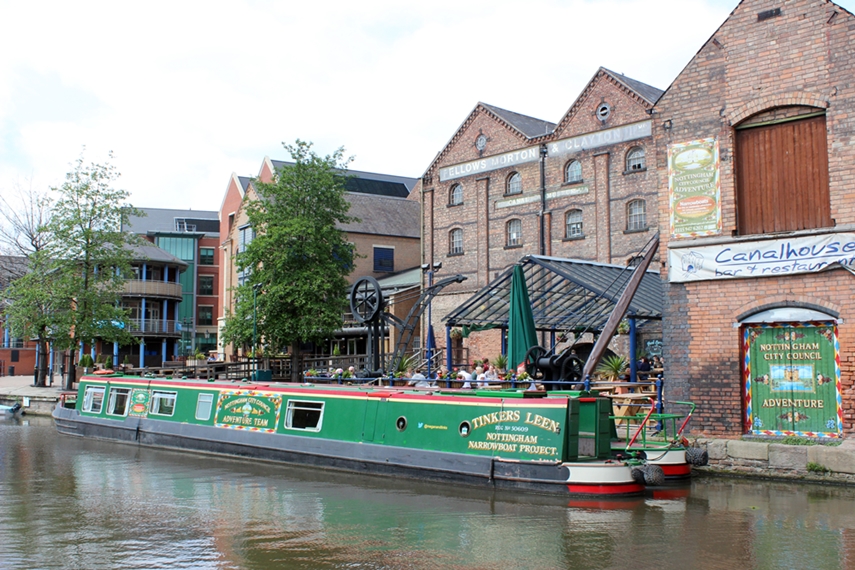