One of our many spontaneous ideas we’ve had with my buddy Sandrine. First we just talked about it and didn’t take it very seriously. But then Nothing But Thieves announced they were gonna be playing on Lolla and for me this was the sign we should go. Our babes playing on a festival we had been talking about. We didn’t wanna go for the whole festival as on Saturday there was nothing for us, so we just bought tickets for Sunday. And as Lolla is in Berlin, we had also decided to spend few more days there and explore the city. Well, what can I say. It was amazing holidays. But today just about Lolla:

To be clear. I don’t even know how I survived that day. I’ll tell you how it all was.
On Saturday night Sand came over to my house so we could go together to the airport. We took one hour nap in my tiny bed, then at 3 am we took a night bus to get to Golders Green where we were taking a bus to get us to the airport. Our flight was at 6:30 am. On the plane I was tired to death, but there was no way I could get some sleep as we flew with Ryanair and there is barely space to comfortably sit. Also I had that wonderful seat right in the middle.

We got to Berlin about 9:30 am. Now our mission was get to the centre and find a place of our host. He was so amazing that he didn’t give us his adress, he better gave us clues how to find it. So on Alexanderplatz we were looking for his place for about an hour, with our heavy bags in 30 degrees. Walking there, and then there and then back there and asking people where is this shop that is already closed but used to sell an underwear for old women. Of course the place we were looking for was just in front of us the whole time and we found it in the moment we didn’t think we ever will.

We had like 10 minutes to get ready and then we had to run to get a tube again so we wouldn’t miss our babes. We already had no chance to see Aurora.

I’m telling you, the heat was unbelievable. We knew it was hot in Berlin but this was just too much.
Anyway, when we got in, we went straight to the stage where Nothing But Thieves were playing and we made it just on time. 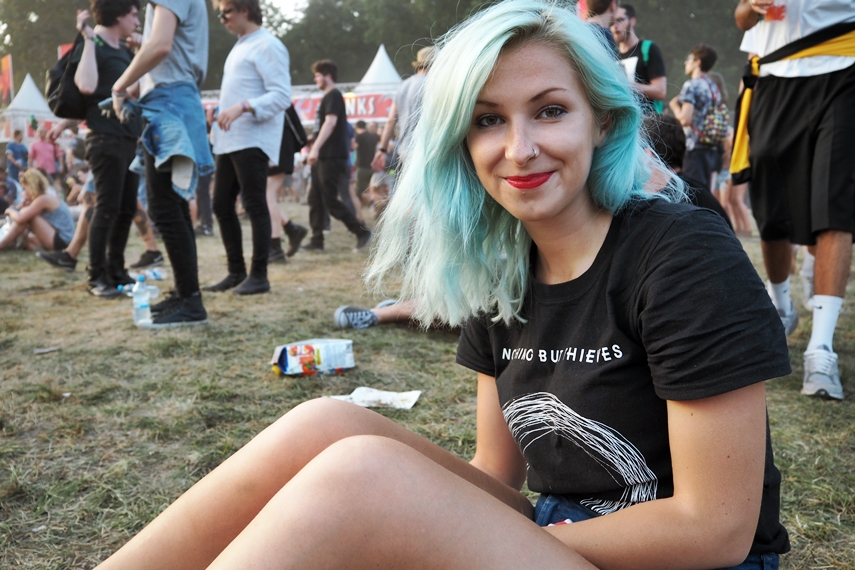 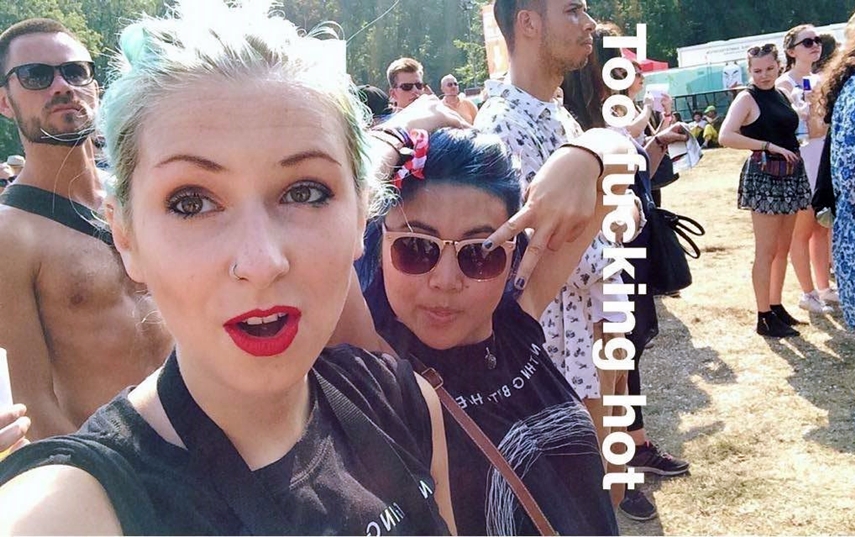 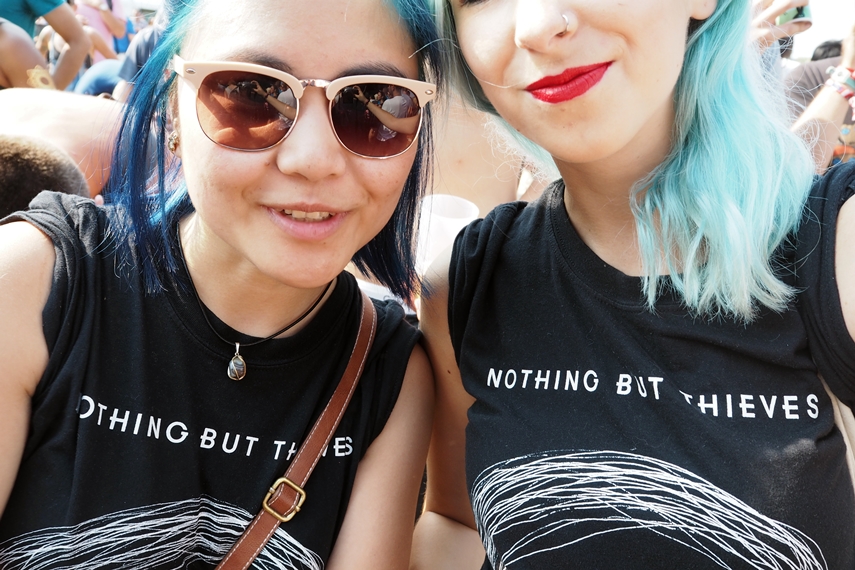 For our surprise, there weren’t too many people. We did not expect that. I think now, we got used to that they are famous and their crowd is getting bigger and bigger with every show. But this was pleasant – being probably the biggest fans of them there. 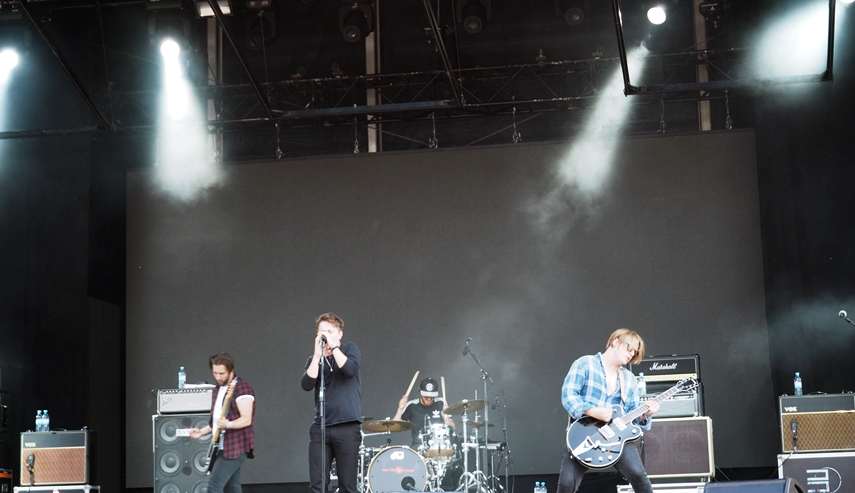 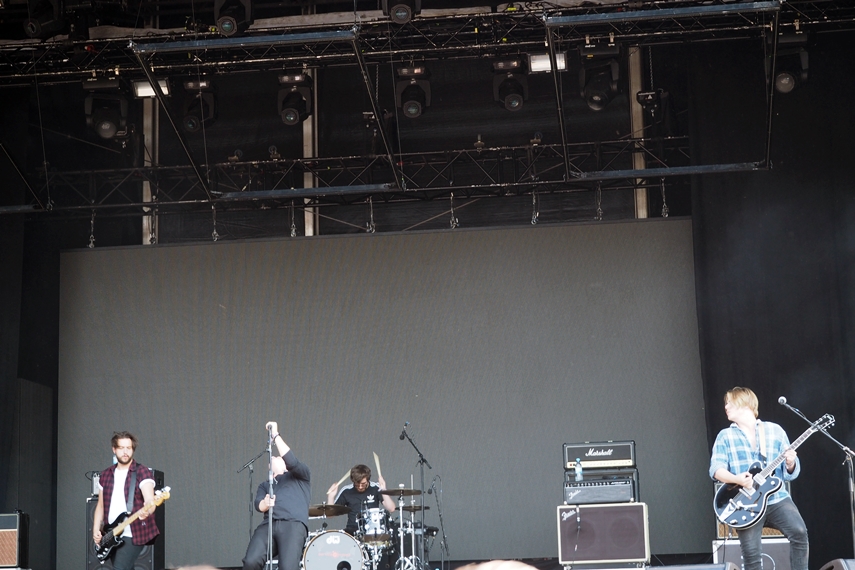 So there we were. After getting no sleep we were dancing to Nothing But Thieves in 30 degrees feeling not tired at all. 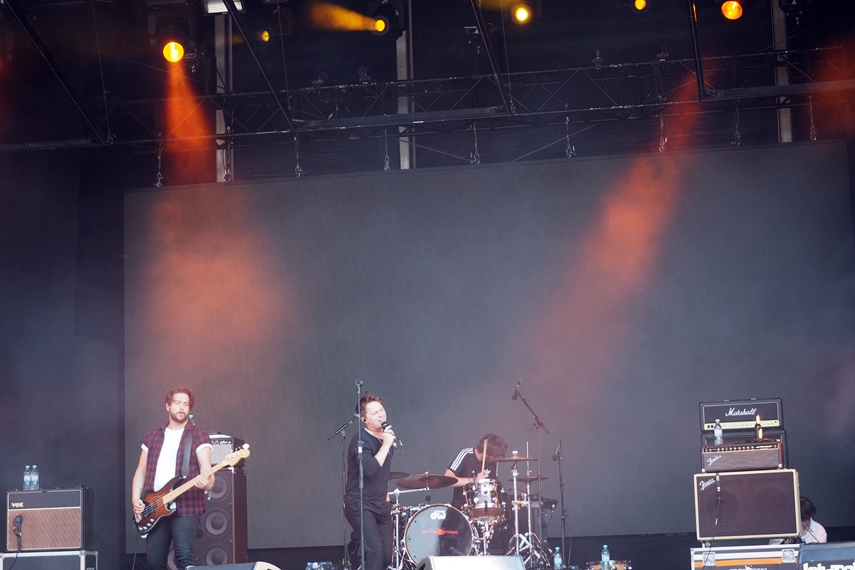 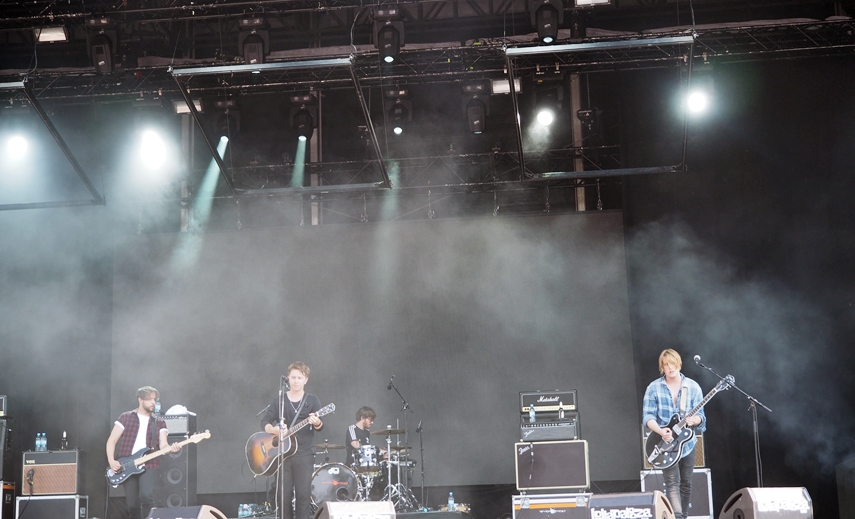 We didn’t really have many bands to see. I really wanted to see Aurora but we missed her unfortunately. Then there were Nothing But Thieves, Years & Years and then we had four hours gap until Radiohead. I was so looking forward to see The 1975 again as I was too drunk on Reading and I remember like one song but guess what. Of course they were playing at the same time as Radiohead. :))

So anyway right after NBThieves we went to see Years & Years. 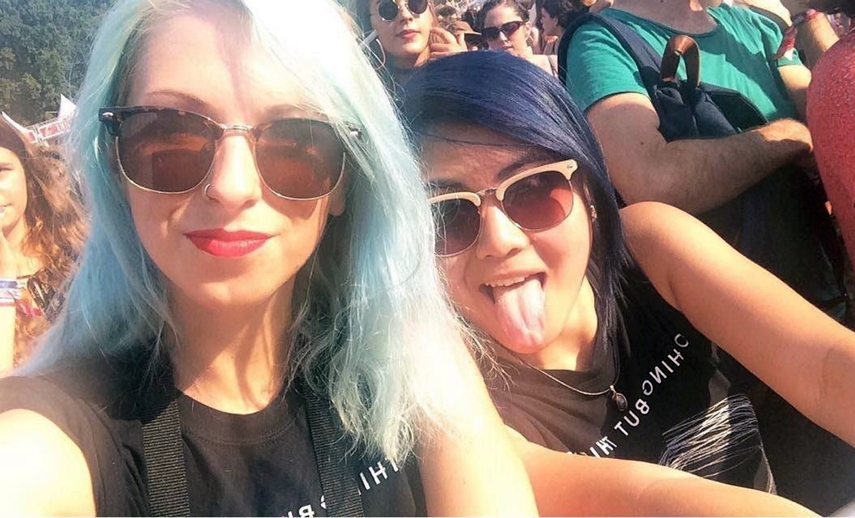 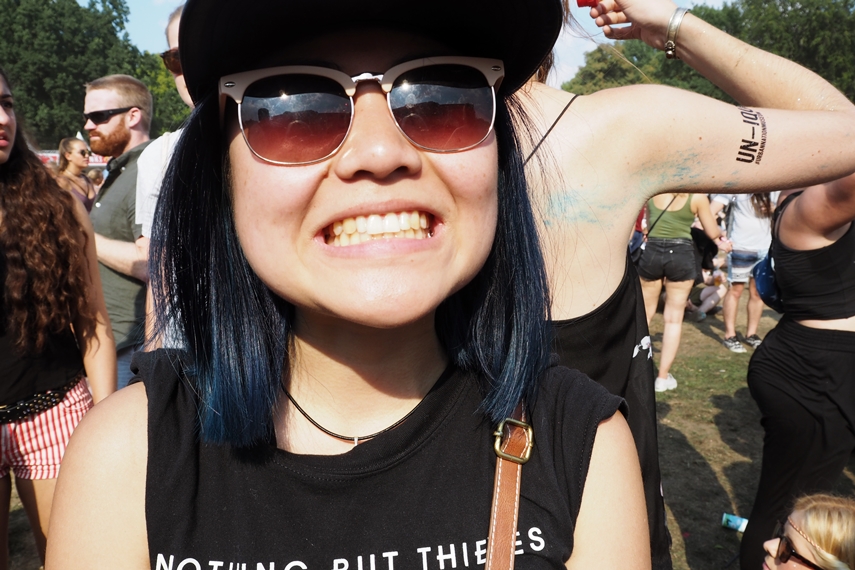 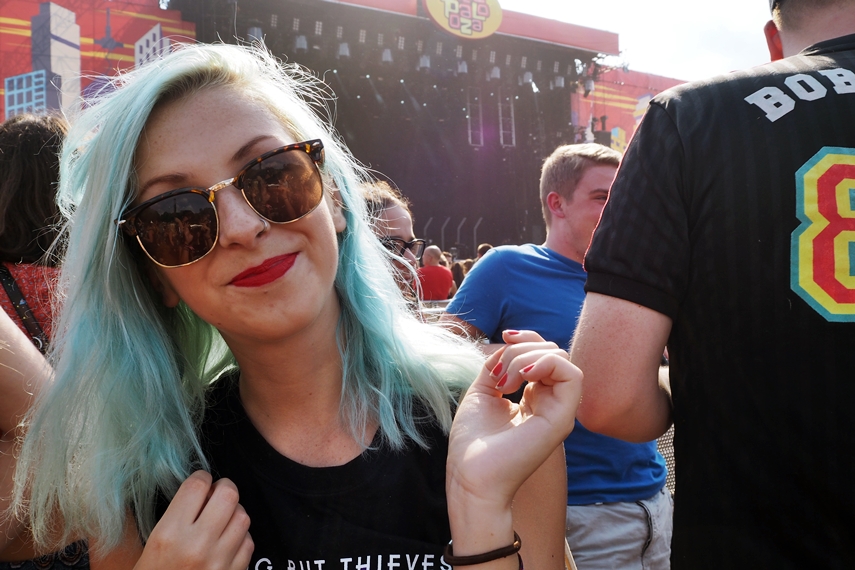 Olly didn’t disappoint us and had even better outfit than on V Festival (read HERE). Stüssy t-shirt with high pair of Vans. Both of us we are dying now to get some Stüssy pieces for ourselves. 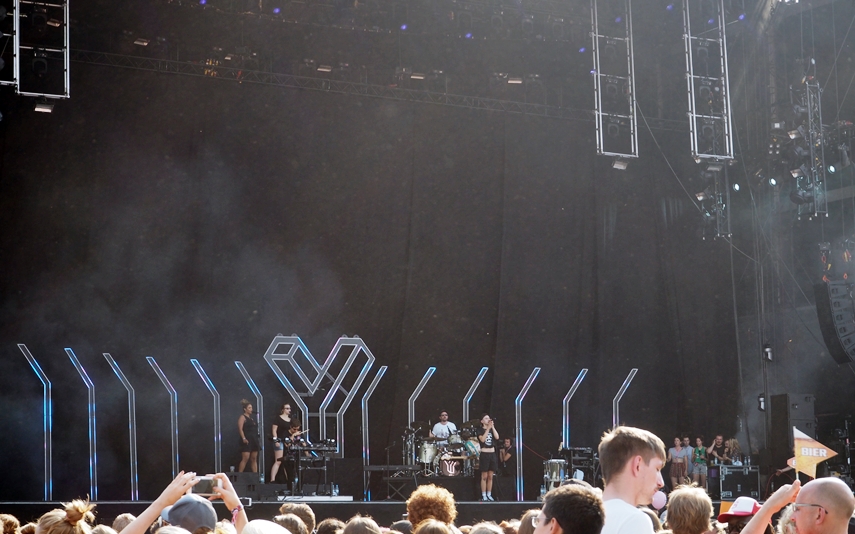 We had this great chance to hear their new song – Meteorite which has been used in the new Bridget Jones movie. I usually don’t get obsessed with songs on the first listen but I definitely enjoyed this one and I couldn’t wait to be back in London and listen to it on Spotify over and over again. 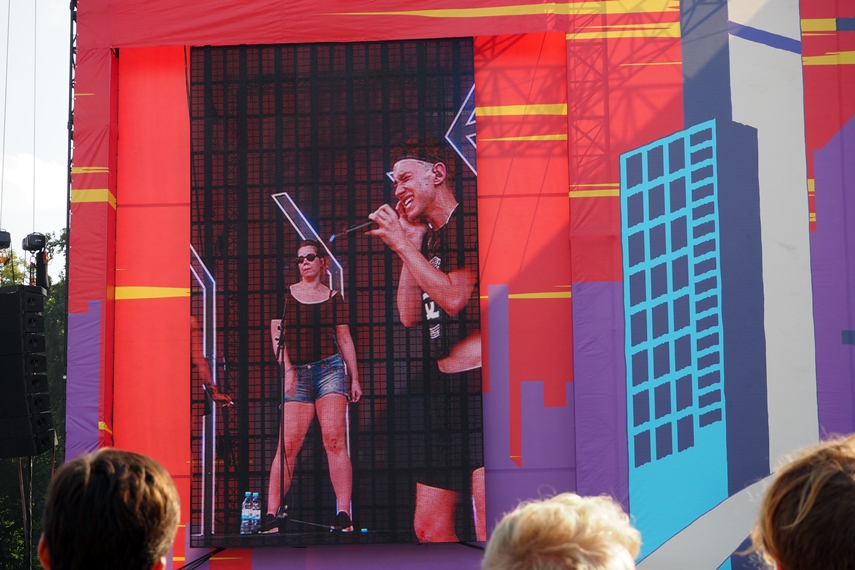 After Years & Years, as I said, we had 4 hours gap. Plan was to get something to eat and take a nap. Because we started to feel like we really need a nap.
After UK festivals I was a bit disappointed of Lolla as we found only one truck with vegan/vegetarian food. We got a burger but to be honest? It was nothing like veggie burgers in UK. 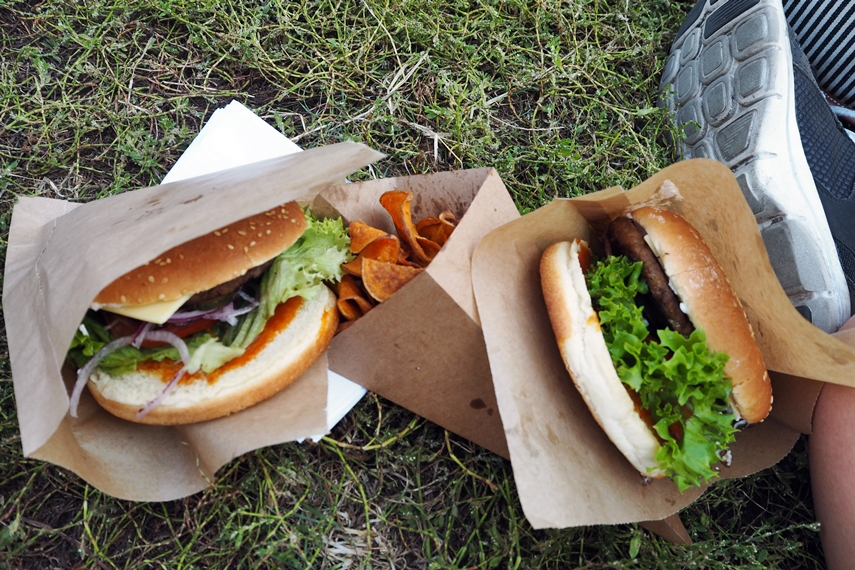 Then we tried to take a nap but it’s hard to fall asleep when there’s loud music playing near you, people keep walking around your head so you’re scared someone wouldn’t step on you. But I think I did fall asleep at least for a few minutes. Anyway after an hour we were both awake again feeling worse than before. We were just sitting quietly and I was having these images of my bed in my head.

We decided to at least walk around and maybe find some new artists to see. And then I discovered this ice cream that looked so yummy that we had to have it. And it gave us life. We felt like reborn after. Seriously. Best think that could have happened to us in that moment. 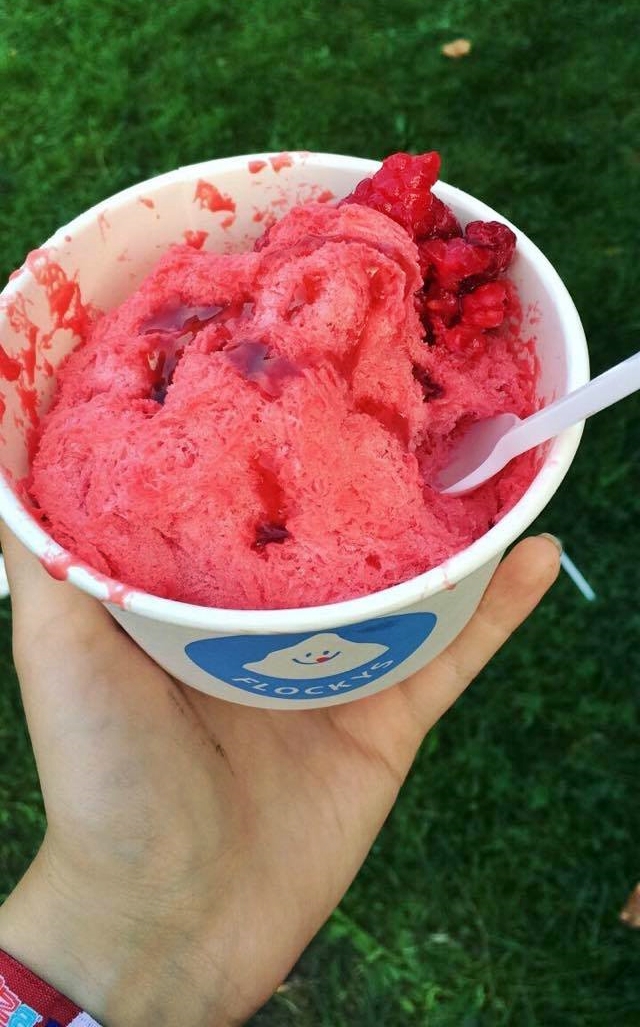 To also say more about Lolla. It was located in a park called Treptower Park. It’s wasn’t too big which was good for us . We didn’t have to look for the stages and walking ages to get there like on Reading. There was a road in the middle which was closed and trees around and cute lights on them which I absolutely loved. It reminded me Rock En Seine in Paris. 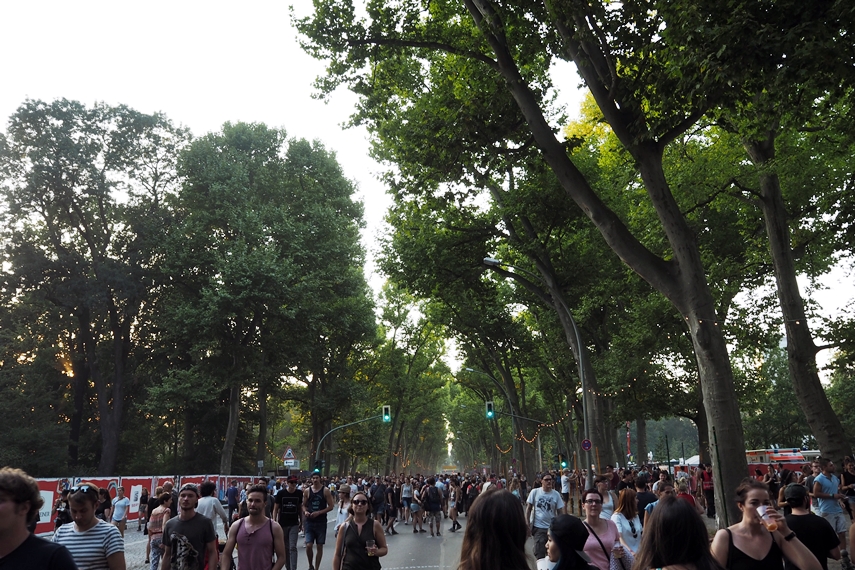 But what was absolutely awful was the dust. Dust and dirt everywhere in the air. I don’t know if it was because of the heat or it’s always like that but it was horrendous. Sand was coughing all the time and I started to feel dizzy. If we had known that, we would have brought some masks or something.
When I blew my nose the tissue just turned all black. Disgusting. After one day (not even whole day) I was more dirty than after four days on Reading. And not only on outside. Inside as well.
Waiting for Radiohead was long but we made it! 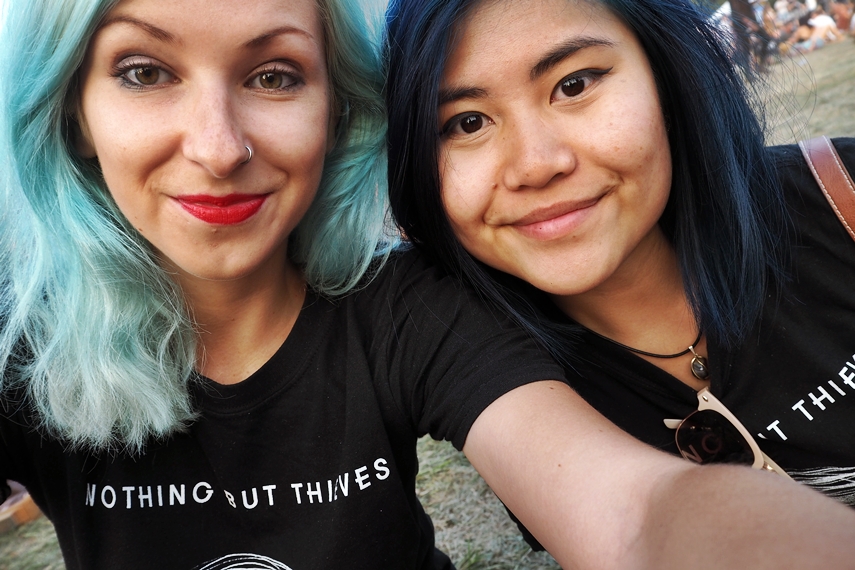 To be honest I wasn’t even that excited about Radiohead as I’ve seen them three months ago on Primavera in Barcelona. (read HERE) And for me Radiohead is a band you definitely have to see once in you life, but once is just enough. 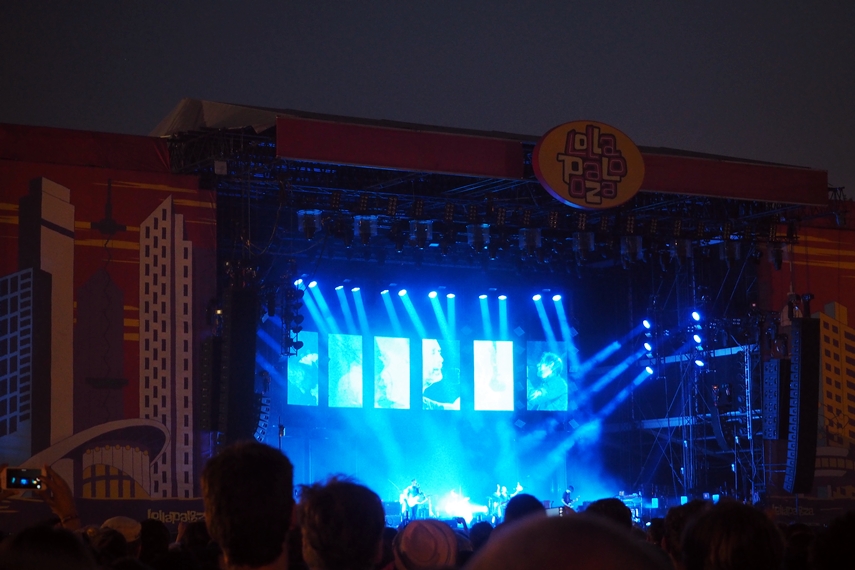 I really wanted to enjoy them but there was moment when I just felt absolutely horrible. Exhausted and the fact I started to cough dirt didn’t help either. Also everyone decided to pissing me of and smoking cigarettes just next to me so the smoke would go right into my nose. 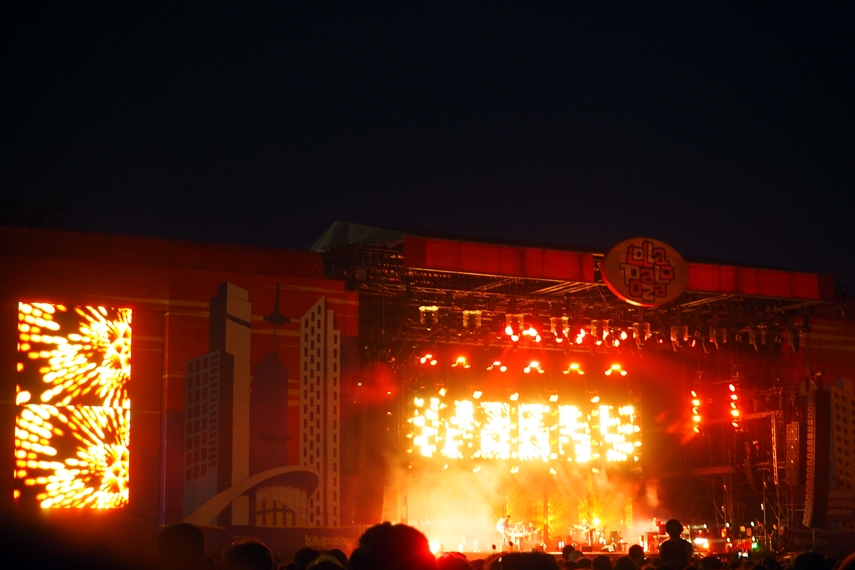 But we stayed until the end of course and I’m really happy for that. There’s not too many people that can say they’ve seen Radiohead two times in three months. And hearing songs like Creep or Karma Police live is so special. 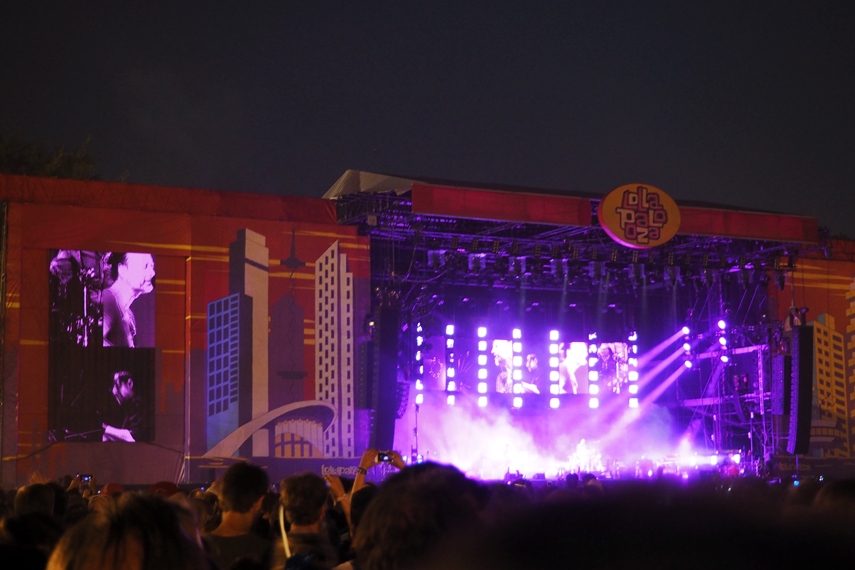 They finished at 10 pm and with them the whole festival as well. I couldn’t be happier it was finishing so soon. I don’t think I would have been able to stay until late. So we went straight on the tube, back to our host’s place and hurray going to the bed. After a really long and hot shower to get all of the dirt away though.
So, to say some last words. I think the areal of Lollapalooza was really nice but after the dust thing I don’t think I would go back. As I said I’m not sure if it was because of the heat or whatever but I’m kind of a healthy freak so I don’t wanna go back to place that made me coughing dust. Eww