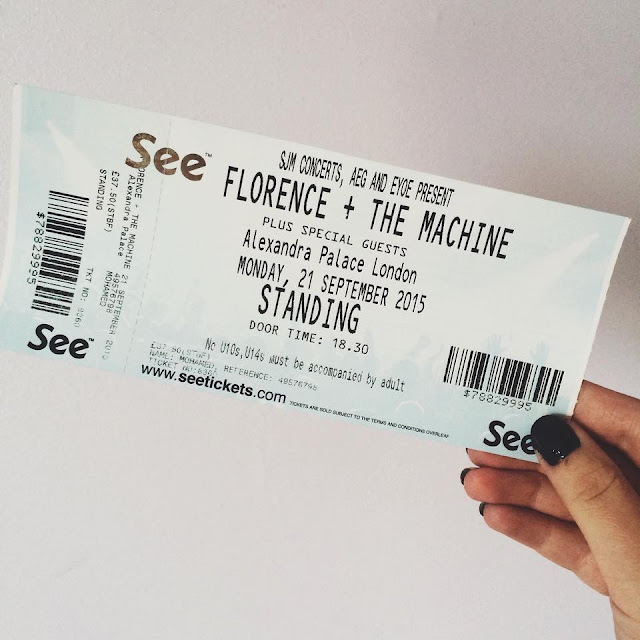 Seeing Florence was my big wish for a long time. So when she had announced her tour How Big, How Blue, How Beautiful and four dates was in London, I just knew I had to go. It had gotten sold out before I had a chance to get my ticket, but that didn’t stop me. I found a girl who were selling her ticket and that was it. I was ready to go.

A concert on Monday should probably make your Monday better, because you have something to survive for, but I had a crazy weekend and I was super tired so I wasn’t that excited how I supposed to be. But I made myself to go of course.

Support band was The Staves. Three talented girls with beautiful voices which sound perfect together. I thought that I’ve never heard of them before, but then they played a song “Make It Holy” which I actually knew and I even have it in my phone, haha. Anyway they sound really awesome at the beginning, but after a while it started to be so boring. They have really slow, calm music and as I was so tired I just thought I’m gonna take a nap there. I don’t think their music is something I could listen for more than 10 minutes. It just feels like two songs over and over again. 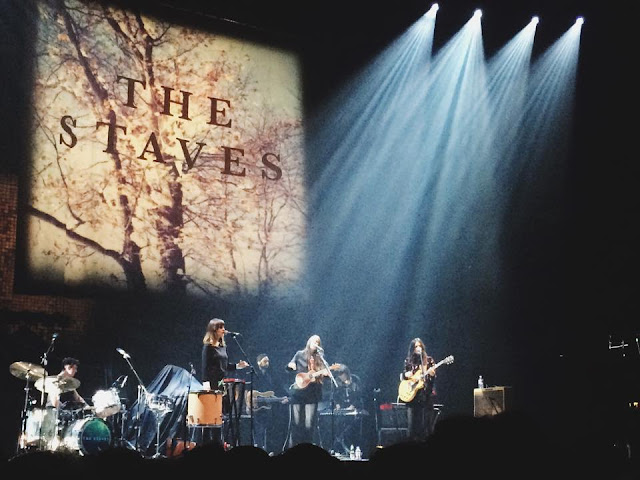 So after them I was even more tired and I couldn’t stop with imagining myself in my comfy, warm bed. BUT, then Florence came on stage and everything changed.
She opened the show with a song What The Water Gave Me and I don’t think I have to tell you how magic it was. I got so excited and I finally started to realise that I’m seeing Florence + the Machine!! The second song was Ship To Wreck and I just love that song! I already danced and sang and my tiredness was completely gone. 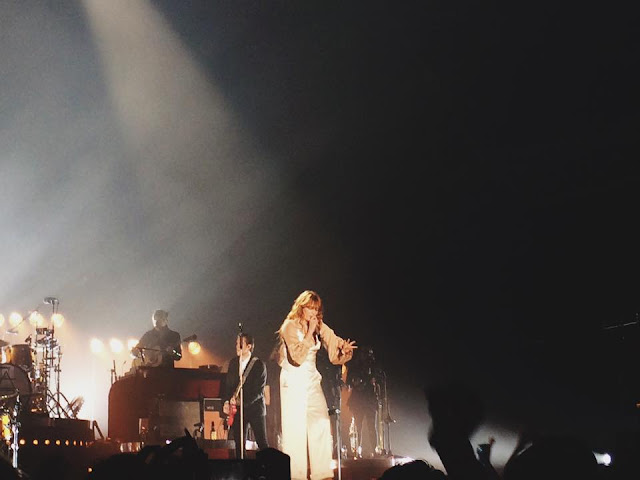 I have only a few words that can describe the show – magical, special, magnificent, unbelievable.
One time she was running and jumping on the stage like a little kid and suddenly she was singing about how late is to come back home or how “he” left her in the darkness, with all of her heart that I was about to start crying. 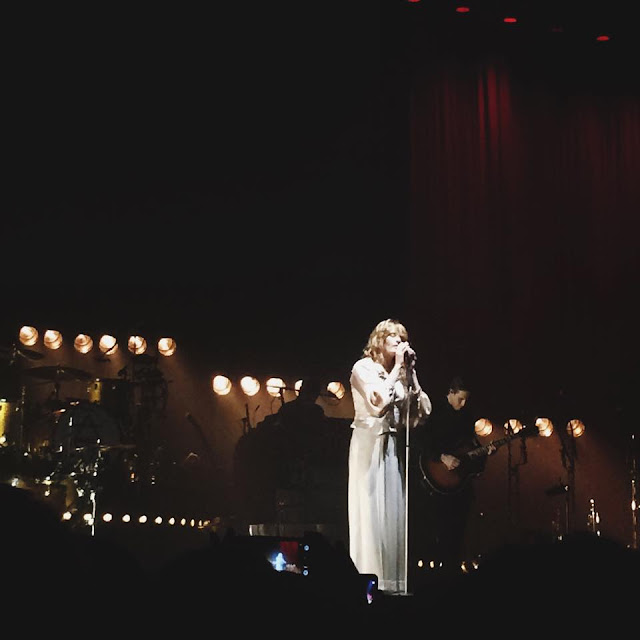 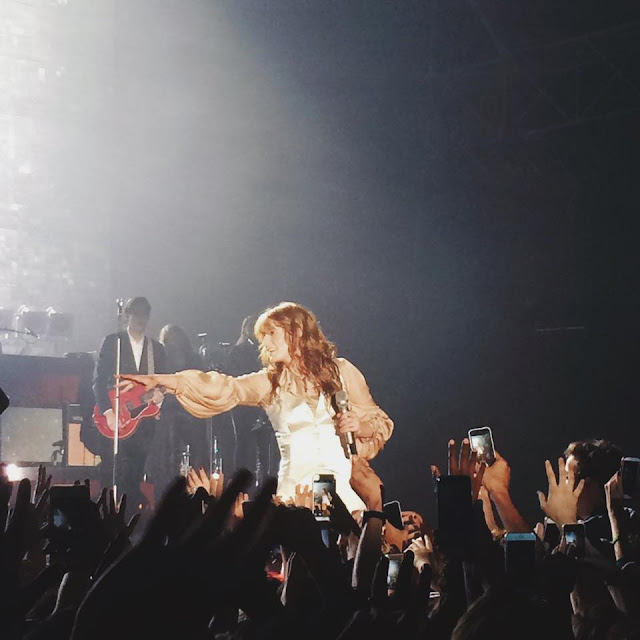 We obviously heard songs like Shake It Out, Spectrum, Dog Days Are Over, Rabbit Heart etc. but she also played a lot of songs from her new album. Third Eye, Delilah, Queen of Peace, How Big,How Blue,How Beautiful.
She closed the show with What Kind Of Man and Drumming Song. 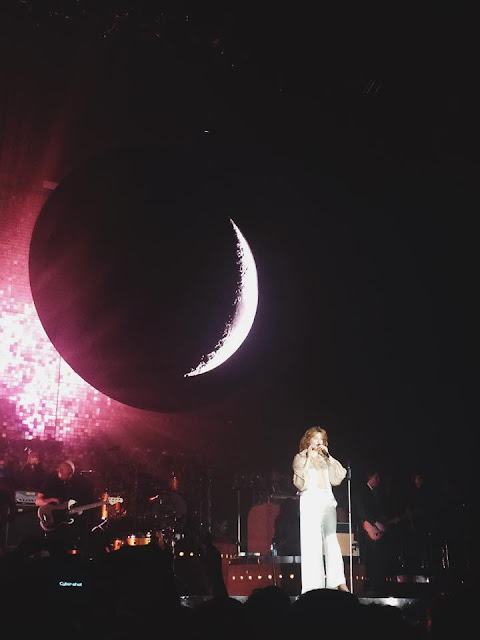 She played for almost two hours but it still wasn’t enough. And after her performance I wasn’t tired anymore. I just wanted to keep dancing and jumping with her and listening her beautiful voice.
So you can imagine what I was listening on my way home.