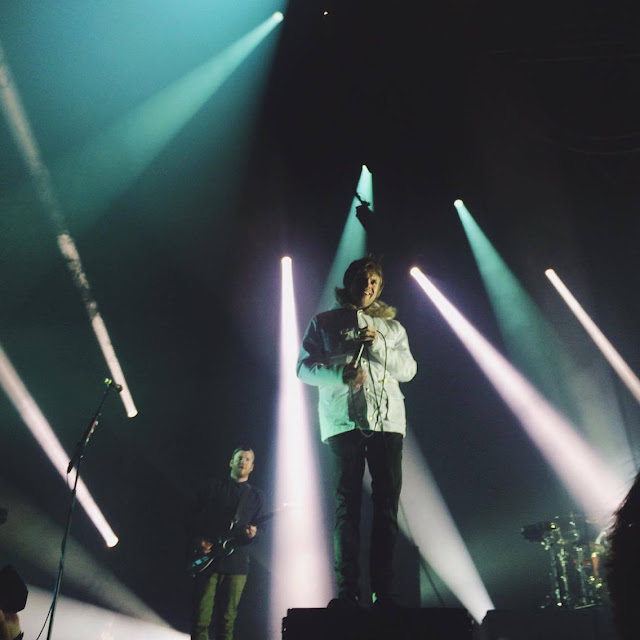 I had a chance to see Enter Shikari twice before this show. Many many years ago when they had a gig in Prague and then many many years ago at Rock For People festival in Czech Republic. After they released their album The Mindsweep I wanted to see them again so bad, but I didn’t have a chance unfortunately.

So when I got my ticket for the show in Alexandra Palace… Well, you can imagine how excited I was.

Door was already at 5pm as the show was starting at 6pm. I’m lucky I’m working in Muswell Hill just about 10 minutes walk from Alexandra Palace so I went there straight from work.
My view was amazing. I got into second row which was just perfect. Especially because those last two times when I went to see them I was always really far. I enjoyed it, but there’s nothing better than be in the front, see clearly to the musician’s face and sometimes even make an eye contact.

There were three support bands. I gotta say, I didn’t really enjoy any of them. I don’t know if it was because I was so tired and hangover or I just didn’t like them at all.

First band was Arcane Roots. I enjoyed them at the start. It was a pleasure to looking on their drummer as he was playing so freaking good and also the singer has an interesting voice. But after a few songs I totally lost interest about them. 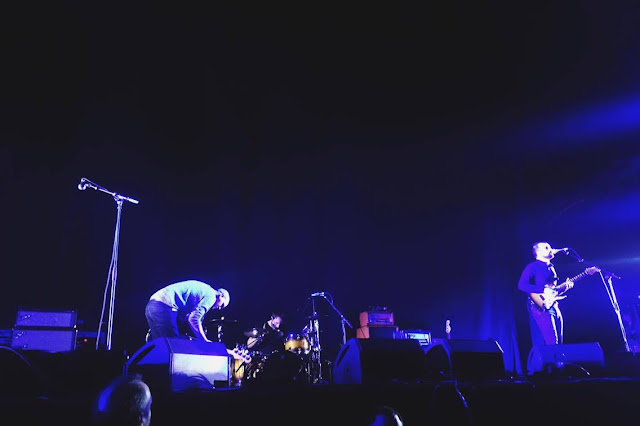 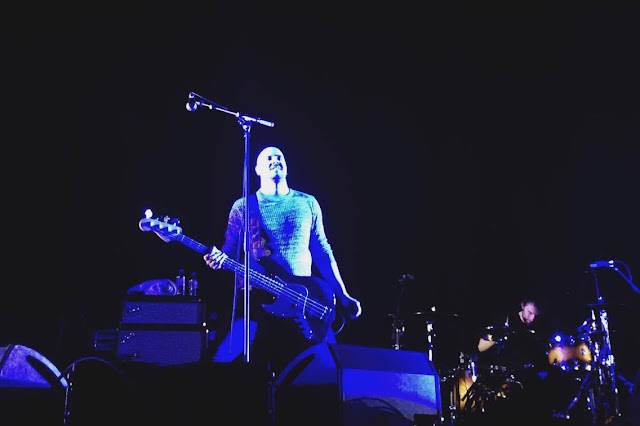 Next support band was The King Blues and I enjoyed them a lot more than Arcane Roots. Probably a support band I enjoyed the most actually. I’ve never heard of them before so I was kinda surprised when people got crazy because of them. Which means pushing, mosh pits, crowd-surfing. Their music is not really my style but I liked their lyrics and opinions about world and everything that is happening. I might give them a chance and listen to them a little bit more. 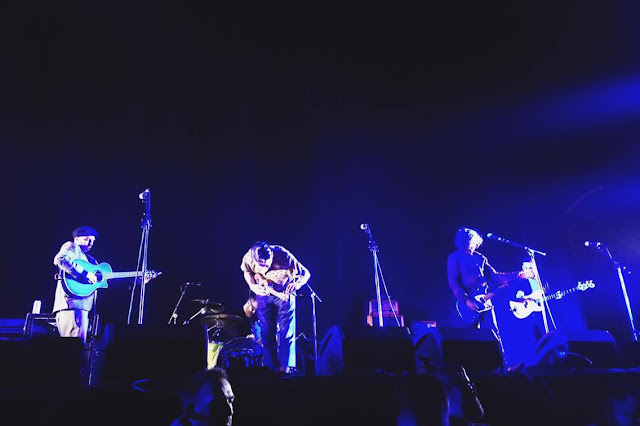 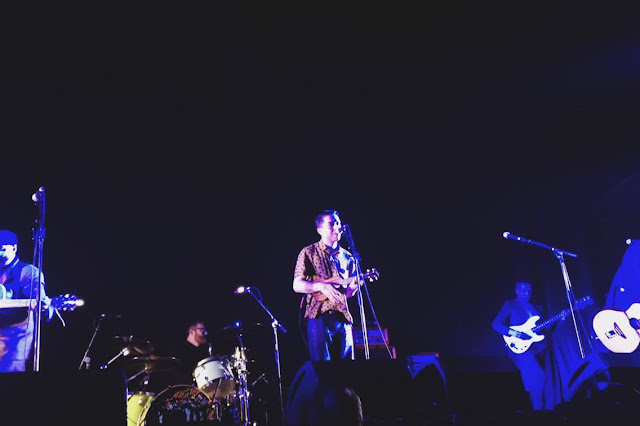 Third and last support band was The Wonder Years. I’m also not really sure how I felt about them. I think very similar as with the Arcane Roots. I really enjoyed them at the beginning but then I was just praying they would finally end so it’d be time for Enter Shikari. But crowd was also crazy about them, so it’s not that they wouldn’t be good. They are, just not really my style I guess. 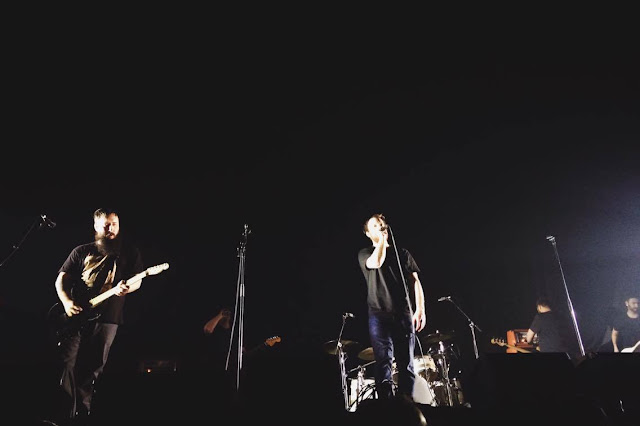 During the waiting for Enter Shikari I was thinking if I shouldn’t move somewhere else. Those two last bands were quite intense and I knew Enter Shikari would be even worse. I mean the crowd. But also I knew that I’ll see it differently after MY band is on. So I decided to stay.

And I was right. It got really a lot more intense but I was also finally enjoying music so I didn’t care at all. During the first song Rou got off the stage to the first row and people were just pushing like crazy.
I was surprised Rou came in his winter jacket, as it was so hot inside that all of us was just melting. But after a few songs he took it off. 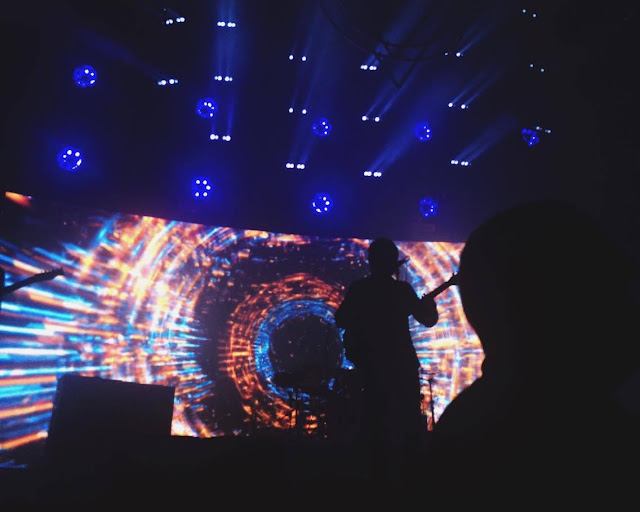 During the whole gig I was pretty much unable to move but I managed to take a few good pictures I think. 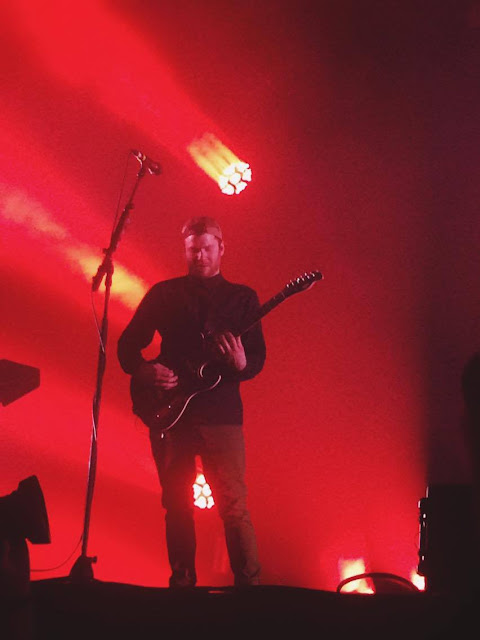 Guys from Enter Shikari put absolutely everything into it. It’s such a pleasure to look at them while performing. What an energy and joy in it. Although half of the time I was cowering so I wouldn’t get hurt when people that were crowd-surfing went through me. Which was always like 3 times during one song. A girl next to me got kicked to her head and she started to cry and they had to get her out. I think I’m lucky that I survived only with a few bruises and a bumped hip. 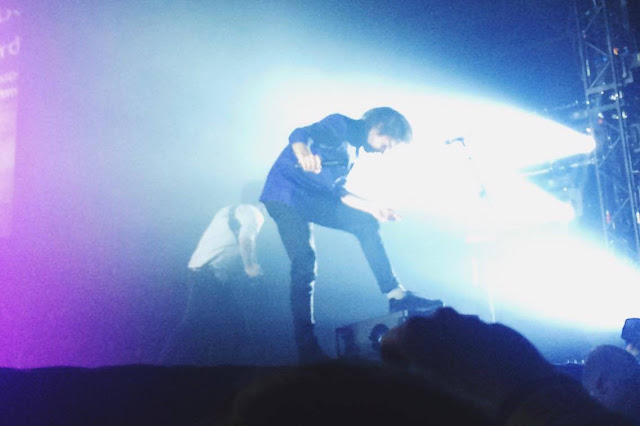 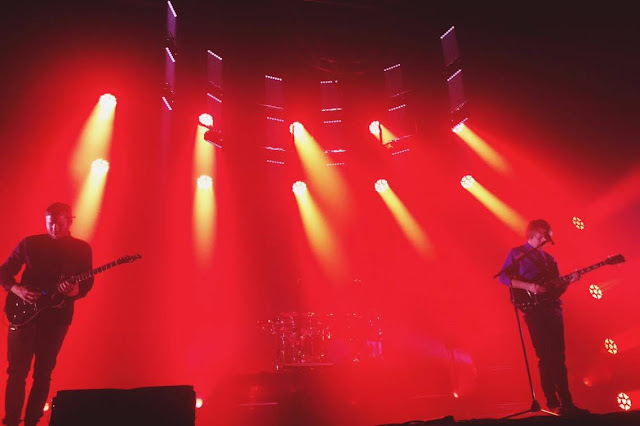 You know, sometimes I think people don’t really appreciate Rou’s wonderful voice and vocals. I think he can do pretty much everything. He can scream, he can sing, he doesn’t have problem with high tones… That’s what I realized during the song Dear Future Historians. .. What a beautiful song and I’m so glad I was able to hear it live. Rou’s vocal were really touching at this one. 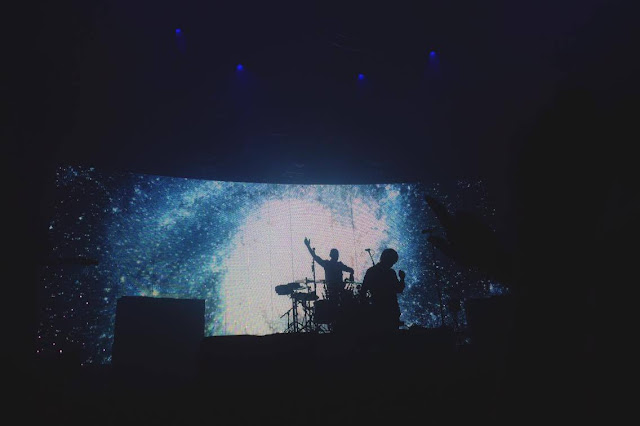 I truly enjoyed the whole show even though I’m the person that doesn’t like when the crowd is too crazy. They mixed a lot of songs together so pretty much I heard all of my favourite ones.

I don’t think it was unforgettable night just for me and other people, but for Enter Shikari as well.