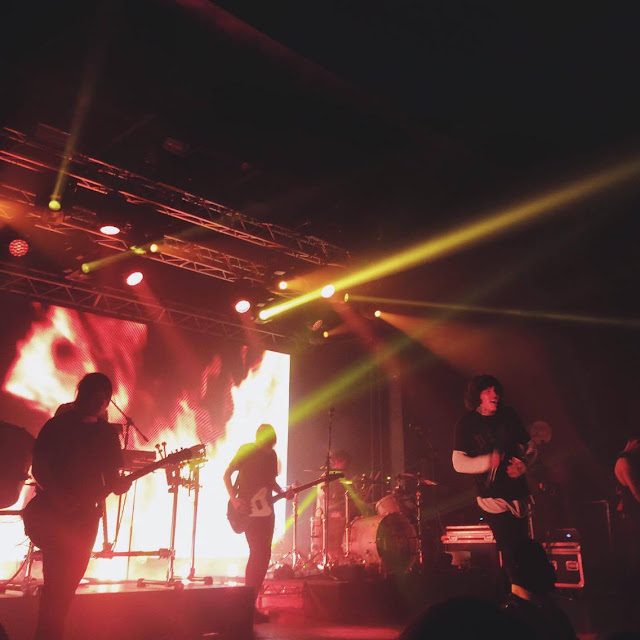 Since the Reading Festival and since the album That’s The Spirit came up I consider myself as a big fan of Bring Me The Horizon. Which is a little bit an irony as I used to hate them so much. But as I said, their newest album and their performance at Reading changed everything.

So when my friend texted me if she should buy me a ticket for their show in Electric Brixton, as she was buying one for herself, I was just like ,,Hell yeah!”

It was my first time in Electric Brixton and I have to say it’s a really nice venue. Even though I was pissed as they threw away my pack of gums by the entrance. What I could have done with a pack of gum? Throw it on stage and kill someone?
Anyway, the venue is not too big, which is exactly what I like. So even if you’re a little bit far from the stage you still can see really well.

The first support band was a band called Zibra. I really, really enjoyed them. First few seconds they sounded a little bit as The 1975, but Zibra’s style is a little bit more heavier. For one time they even reminded me Circa Waves with their song repeating text “We never wear sunscreen.” 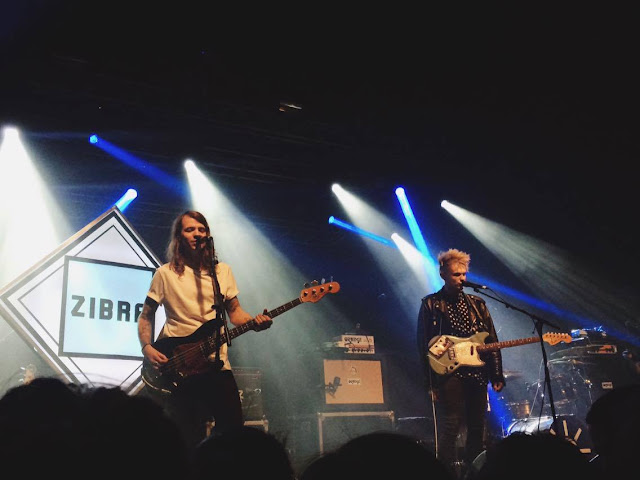 Anyway, they were truly awesome and I enjoy the singer’s voice so much. He has such a cool voice and his heights are incredible. And his hair as well, haha. The whole audience were enjoying their performance and we could have heard a few fans screaming “I love you” which must be always an honor for a support band. 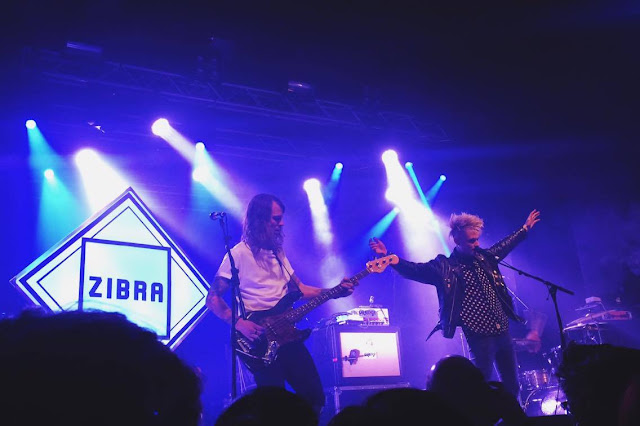 Second support band was Sundara Karma. And if I can be honest, that wasn’t really good. I mean, they’re probably great but they didn’t fit as a support band of BMTH at all. They would have been great for bands like Swim Deep, Peace, Wolf Alice etc. but not for a hardcore band. The singer is this kind of guy that wears lipstick, dies his hair and wears hipster clothes. Same with their music. And most of the people in the audience were just into heavy metal music. That was easy to tell. 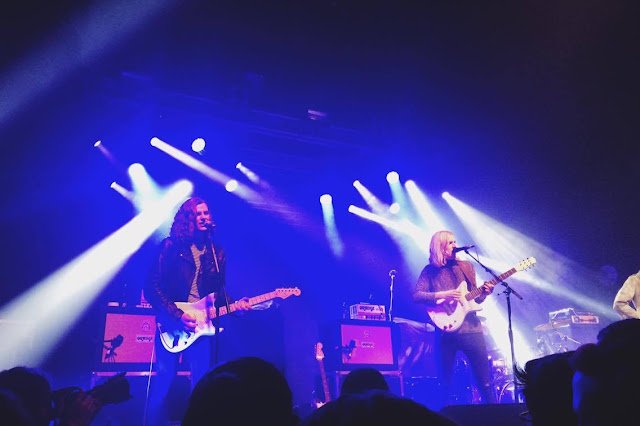 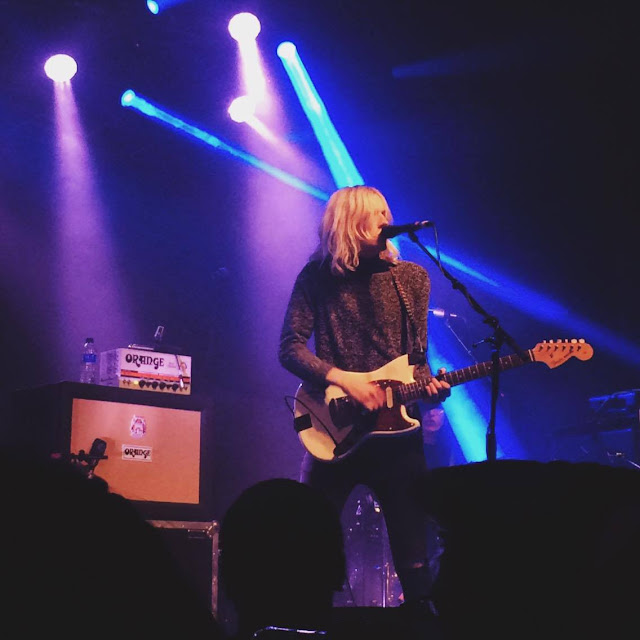 So when Sundara Karma said “Make some fucking noise.” and literally no one replied, it was kind of awkward. So I felt on their performance that they didn’t put everything into it, which is kinda shame but also understandable. 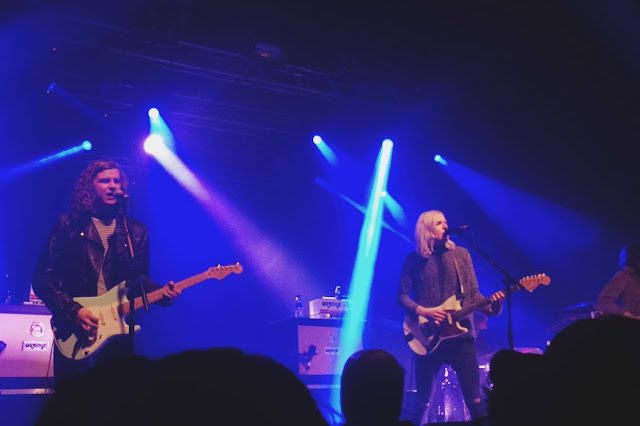 I was prepared that people are gonna be crazy after BMTH starts. I was prepared that even though I was in 3rd row or so I’ll end up somewhere in the back. Because those mosh pits end everything are too crazy for me. But actually, it wasn’t that bad as I thought. 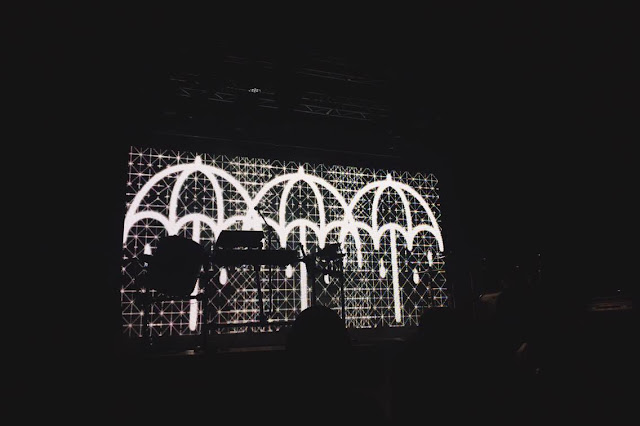 BMTH opened the show with a song called Doomed which is a slower song, so people stayed quite calm and I was able to film and took some pictures as well. But in the middle of the song it started to be a bit rougher.

For a few songs I was pretty much pushed on my friend unable to move but it still wasn’t that bad. I had a good view and I was able to breath and sing, haha. 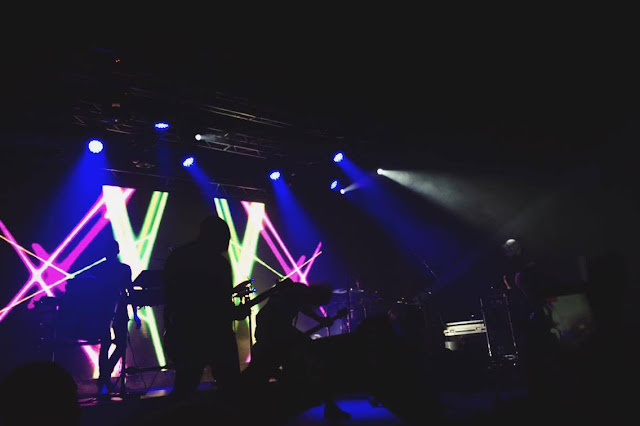 Since we bought the tickets I was hoping that they’re gonna play Follow You. It’s one of my most favourite songs. And you know what? They really played it! And for the first time! I could not have been happier. Even those bitches that started to bumping me with thoughts that’s how you do it on a slow songs couldn’t take my happiness away.

After Follow You I started to moving a little bit backwards so I could have enjoyed it more. When BMTH played Chelsea Smile and Shadow Moses it started to be too crazy for me. 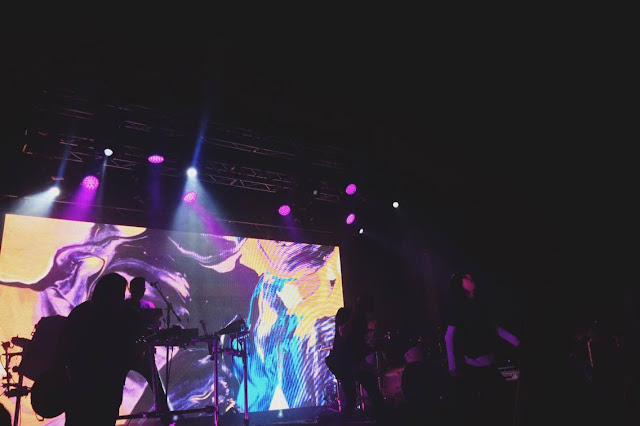 Anyway, so I’m not talking the whole time just about me surviving the crowd, but also about BMTH’s performance.
I think we all know that Oli’s vocals are not the best anymore. I think he’s alright when he’ screaming even though they have more songs now with singing. But sometimes when he sings he looks like he’s in horrible pain. I don’t think he woud have made it without Jordan and without audience singing so loud that he doesn’t have to sing all parts. 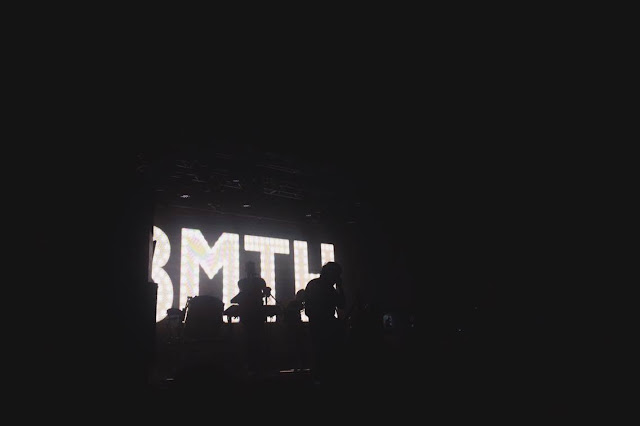 I still think the show was amazing though. I didn’t enjoy the old song that much but the new ones were just awesome. Especially Drown at the end. I love that song and it means a lot to me. It’ strange as it’s a song full of sadness but that night it was a song full of happiness and hope. We were jumping and singing with a smile on our faces. And that’s how it supposed to be.
I’m seeing BMTH again in Royal Albert Hall in April so that’s gonna be a good night as well I believe!